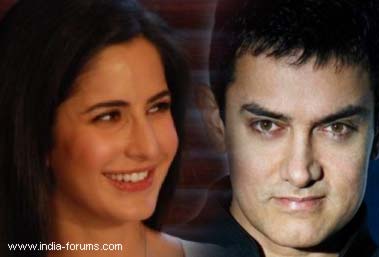 New Delhi, Sep 23 The hunt for a leading lady for 'Dhoom: 3' is over! Katrina Kaif will sizzle in the third instalment of the action-adventure series, which features Aamir Khan as the anti-hero.

Yash Raj Films (YRF) had been on the lookout for a fresh face for the role, which was essayed by Esha Deol and Aishwarya Rai, in 'Dhoom' and 'Dhoom 2', respectively.

The choice was made jointly by Victor and producer Aditya Chopra.

'Once we decided to go with a known face and not pursue the newcomer route, Katrina was the obvious choice for all of us,' Victor said in a YRF press statement Friday.

Katrina has been riding high on the success of films like 'Zindagi Na Milegi Dobara' and another YRF venture 'Mere Brother Ki Dulhan' earlier this year.

'She is someone who we all know will bring tremendous enthusiasm and commitment to the film. The first time pairing of Aamir with Katrina will also certainly add value,' he added.

'Dhoom: 3' is written and directed by Victor, who had also written 'Dhoom' and 'Dhoom 2'.

Apart from Aamir, both Abhishek Bachchan and Uday Chopra will continue in their now iconic roles of Jai Dixit and Ali, respectively.

The shooting will begin towards the end of this year. 'Dhoom: 3' is slated for a 2012 Christmas release.