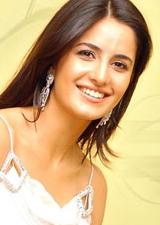 Animosity amongst Bollywood's female actors is nothing new. In fact, the biggest news is when two actors are actually getting along well leaving behind the competition and jealousy.
Katrina Kaif, the sizzling beauty, and Aishwariya Rai Bachchan, the evergreen beauty of Bollywood, have added their names to the ongoing list of Bollywood enemies.
On November 1st, 2009, Aishwariya celebrated her 36th birthday.  Recently Katrina was asked to wish Aish on her birthday, and much to the surprise and shock of the media, she openly refused to do so.
Katrina is well known for her professional behavior, and we tend not to hear much about controversies related to Kat so it came as a huge shock when she openly welcomed controversies by refusing to wish Aish a very happy birthday.
We can only speculate about why she did that.  Whether the reason was related to Aish being Salman's ex-girlfriend or anything personal, the fact remains that Kat openly refused to wish Aish on her big day.
Seems like now that Katrina is well settled in Bollywood, she doesn't hesitate to be part of a controversy.  After all, how much does it take to say "Happy Birthday?"
Featured Video