Finally, the trials and tribulations of Kasturi aka Shubangi Atre in the Star Plus show comes to an end with the made-for-each other pair of Robbie and Kasturi getting married.

Giving us info on the climax is Shubangi who says, "It is a happy ending with Robbie (Karan Patel) and Kasturi getting married. The climax will be like the SRK-Kajol starrer Kuch Kuch Hota Hai where Abhimanyu (Bharat Chawda) sees Robbie talking to Kasturi just before their marriage, and realizes that they love each other, and he unites them".

The final day of shoot for Kasturi happened yesterday, and as per our sources, the entire unit including the cast and crew members were teary-eyed as they bid farewell. "All the cast members including Karan and Shubhangi were emotional as it was the last day of shoot", quips our source.

When asked Shubhangi, she said "It was a mixed feeling as we shot the last episode yesterday. We have enjoyed a lot on the sets, and we have had our sad moments too. I will miss each and everyone. But the climax shoot was very good as the whole cast was present and it was a memorable moment for sure".

Kasturi bids farewell with the marriage of the loved pair on 31st March.. 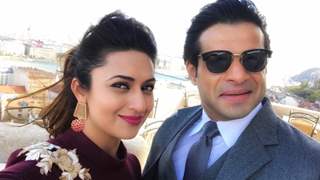 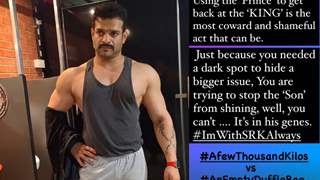 + 2
9 years ago I miss this show a lot! Roka created magic on screen! Love this show forever!!!

KiaraxXx 9 years ago I still miss this show...
it's absence is still felt!
Love Robbie-kasturi...for keeps!!

12 years ago wow saw the final episode. Karan was great but it could have been more entertaining. Questions should have been answered. Both Karan and Shubhangi look great together I hope they appear on screen soon maybe together but lets see. They have a epologue episodes in order for people to see them together and conclusions to questions answered.

12 years ago I saw the sbs episodes of the wedding. Both karan
and Shubhangi looked great and upset. They were tthe best couple on screen. they have fantanstic chemistry. Hope that they do work together again soon. WILL MISS THEIR ROMANTIC SCENES ON SCREEN ETC>

12 years ago aww ill miss kasturi but cant for the RoKa to be together!