The dashing Karnvir Bohra and his wife Teejay Siddhu seem to be smitten with dance based reality shows!!

According to our well-placed source, “The couple had been approached earlier and featured in the top priority list, but could not make a commitment due to date issues. But, after a lot of shuffling they have finally managed to make the time, giving the audience the opportunity to see them sizzle on stage yet again with their fabulous chemistry”.

Along with this news, comes a heart breaking news for Nach Baliye viewers. “Television’s chocolate-boy Karan Singh Grover and his beau Shraddha Nigam will not be able to participate in Nach Baliye and the duo had to quit the show due to a problem with Karan's dates”, confirms our source.

As far as the judges of the show go, “Making her debut in the foray of judging is none other than the ravishing and vivacious actress Karishma Kapoor accompanied by Farah Khan. If rumors are to be believed, the third judge is a well known actor from the industry, but the production house still needs to finalize it”, states our source.

Well, for the 'PardaFaash' of Nach Baliye 4 jodis, the time to get glued to your television sets is at 10 PM tonight, September 26th on Star Plus... 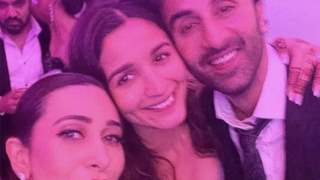 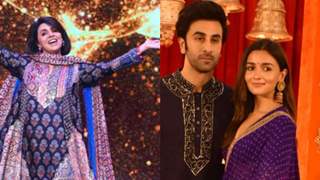 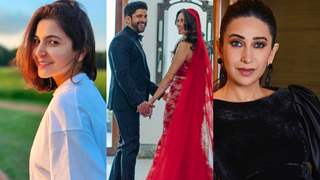 shilpikakamath 13 years ago this is so sad!! I want karan n shraddha
they would soo win if they were in
i love karan .. ♥

STAR PLUS FAN 13 years ago i don't know who this karnvir is.but i am happy karan grover's not taking part.hate that roten tattoo of his.

bombaysweety 13 years ago I think one Karan for another is a fair trade! :) it's too bad for KG but Im SOOOOO happy to see Karnvir dance with Teejay again! They will add spice to the show! And they are a real married couple, not fake like Karan-Amita last year. Go K-T!

this is just not possible.....karan knows to dance well then y did he quit ??

13 years ago i want to see karan and shraddha there!!! that was the main point 4 me of watching it!!!!!- very sad now