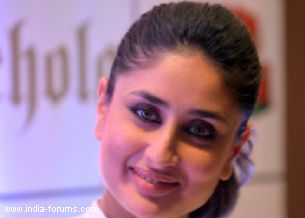 Post-marriage, she seemed to flounder in her choices with her half-hearted crusader's role in Prakash Jha's "Satyagraha" and the totally inane social activist's role in "Gori Tere Pyaar Mein". With "Bombay Samurai", Kareena finally seems to have got her post-marriage formula right.

According to sources, the film is "a crazy zany rollicking roller coaster ride with amazing twists and turns. There are seven to eight pivotal characters. But Kareena and Farhan (Akhtar) preside over the show".

"They play a couple like no other seen before in our films. They are wacky and unpredictable. The two actors will have a ball playing their outgoing zestful characters," the source added.

Both Kareena and Farhan were keen to work with one another.

Says Farhan: "I've seen Kareena's work. She is consistently excellent. I was keen to work with her. Dev's film gives us a chance to try something different."

Kareena expressed the highest admiration for Farhan: "I admire Farhan for being multi-talented. Which other director has done so well as an actor? Farhan took my breath away in 'Bhaag Milkha Bhaag'. I am really looking forward to working with him."

The Farhan-Kareena film starts after Kareena's annual holiday in Switzerland in December.

Incidentally, she goes on this annual Christmas-New Year holiday in Switzerland without fail every year with husband Saif Ali Khan.