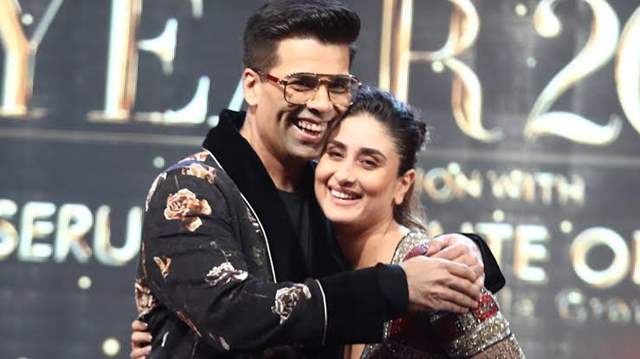 Fans have been ecstatic ever since the new Koffee With Karan 7 trailer featuring Kareena Kapoor Khan and Aamir Khan was out. Well, everyone is excited for the fun episode as this is not the first time that Kareena will be seen gracing the couch.

Well, Poo from Kabhie Khushi Kabhie Ghum has to be one of Bebo's most recognisable characters that is still remembered and loved by all. Right before the airing of the new episode, Kareena reenacted one of the sequences with KJo. Her line from the movie is still remembered.

Kareena Kapoor Khan is seen in the video sitting on the couch in all-black clothes as Karan Johar stands behind her. The video begins with her asking the actress, “Hey Bebo, coffee tonight?” With an attitude and swag of Poo, Kareena replies, “tell me how it was!” leaving Karan with a shocked expression. Indeed, all the Poo fans are going to love it.

“The return of Poo aka Bebo aka the one and only @kareenakapoorkhan on the Koffee couch!!! #KoffeeWithKaran S7 new episode streams tonight from 12am only on @disneyplushotstar!”

The Laal Singh Chaddha Jodi of Kareena Kapoor Khan and Aamir Khan will be appearing for this episode. The trailer appeared to be plenty of humour, with Kareena making fun of Aamir for needing 100–200 days to make a movie whereas Akshay needed only 30.

MsHolmes 1 months ago waiting for the Much talked about Indian version of Forrest Gump!