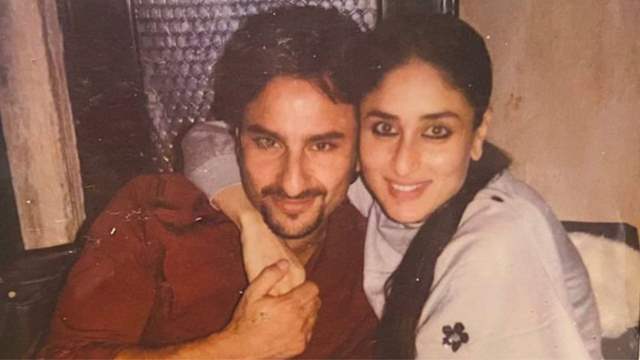 Kareena Kapoor Khan and Saif Ali Khan are one of Bollywood's most popular couples. In 2008, the couple met on the sets of 'Tashan,' and they married in 2012. But did you know that Akshay Kumar, who worked with the couple on the film 'Tashan,' tried to warn Saif after noticing their on-set romance?

During a recent interview with Twinkle Khanna, the actress revealed that she and Saif developed a "karmic connection" while filming the movie. Bebo revealed,

Saif and I were always supposed to do a couple of films together, which we never ended up doing. I always said no to them.

In the interview posted on Tweak India's channel, Kareena also spoke about Akshay's reaction to their closeness. She recalled,

Saif and Akshay were talking, and Akshay got the vibe that Saif and I were connecting. Akshay took Saif in the corner, and he was like, ‘Listen, tread carefully. They’re dangerous girls and this is a dangerous family, dekh ke reh’. He was like, ‘Don’t mess with her’, was his vibe, like, ‘You’re barking up the wrong tree’. Saif was like, ‘No, no, I know, I’ll figure her out’.

After 'Tashan,' Bebo and Saif went on to work for 'Kurbaan' and 'Agent Vinod,' respectively. The couple have two sons, Taimur and Jehangir Ali Khan. On the work front, Kareena will next be seen in Aamir Khan's 'Laal Singh Chaddha.' Saif, on the other hand, has a remake of 'Vikram Vedha' with Hrithik Roshan and a film called 'Adipurush' with Prabhas.