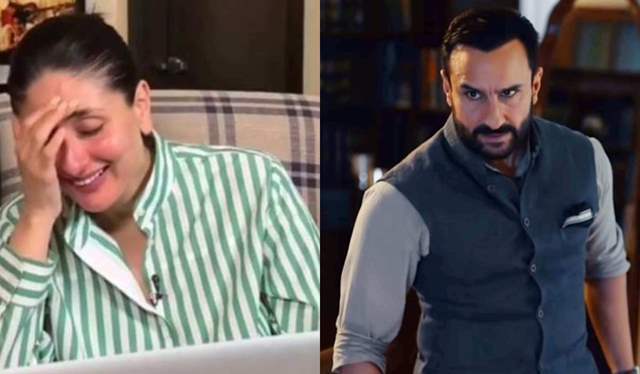 Saif Ali Khan's upcoming original series Tandav is making a lot of noise. The trailer of the series was released recently and without any doubt one can say that it's nothing short of magnanimous, dramatic chaos. The various announcements and the clips related to the series have been doing rounds and it has created a wave of excitement like never before.

Taking us through the power corridors of the capital city, Tandav is a fictional political drama. Saif Ali Khan is the catalyst and heading this political system as Samar Pratap Singh, the actor got featured in a leading newspaper. The screen prince looks absolutely dapper donning this gritty role.

His wife, Kareena Kapoor Khan recently gave a cute, adorable reaction to a news piece that addressed Saif Ali Khan as the 'Most Enduring Khan'.

A journalists shared the article on the social media and captioned it, "Thrilled to see Saif Ali Khan's profile in the @ft_weekend, the fine actor is turning out to be the most enduring Khan".

To this, Kareena who is all hearts for her darling husband, reposted the article on her social media account and wrote alongside there's "No one like him (Two Red Hearts Emoji)". She also wrote, "I Love Him! (Pink Heart Emoji). 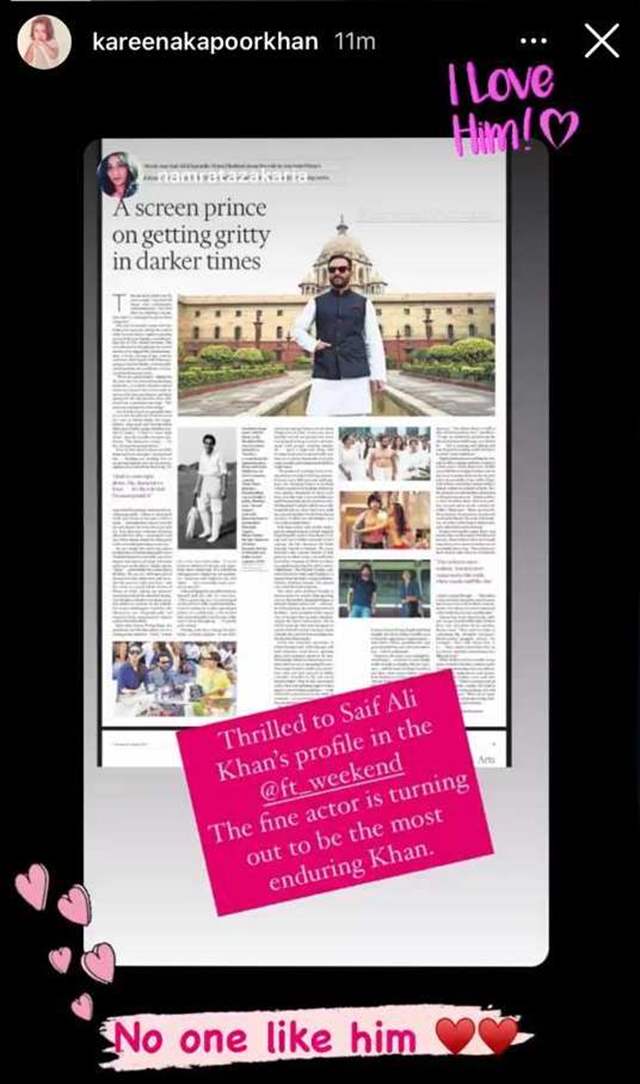 We all agree that the poise, grace and charm with which Saif Ali Khan carries and the same is seen in the series trailer. It almost gets difficult to get our eyes off him because of his fine acting and aura.

The Amazon Original Series Tandav will premiere on January 15, 2021 and will be available for Prime Members in India and in more than 200 countries and territories.

Kareena Broke the Locked Door to Call her Crush; Saif also Knows Him