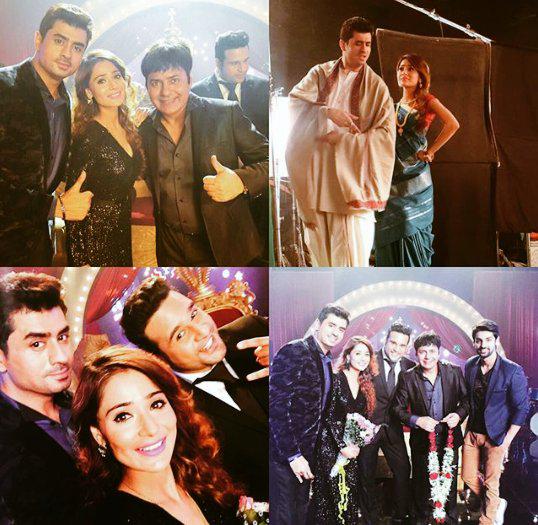 Wondering what are these guys doing together?  Optimistix Productions long running show Comedy Circus after having switched channels from Colors to Sony, is also expected to get a new title along with many new faces.

Hence, Sara Khan, Karan Wahi, Pritam Singh, etc have been approached for the show and we hear that all of them have shot a chunk together as well.

Bharti Singh, Krushna Abhishek and Sudesh Lairi will continue their par comedy on the show whereas the actors who will be playing gags.

When contacted Karan Wahi, he says "Nothing has been finalized yet."

Are you all excited to welcome a new comedy show featuring your favorite TV actors?

+ 4
5 years ago Man I really hope Karan Wahi is there for only one episode,...really don't want him doing this show

+ 5
5 years ago Comedy circus was interesting when it was on Sony.
Colors is just a dramatic channel. It destroys shows with drama. Will watch it for Karan.

5 years ago Wahi and Sara on Comedy Circus? Unexpected but interesting.

5 years ago U r the besttt Karan Wahi, Best of luck 4 ur future projects...

5 years ago
Love u so muchhh Karan Wahi. U r the besttt
GOD blesss u alwaysss