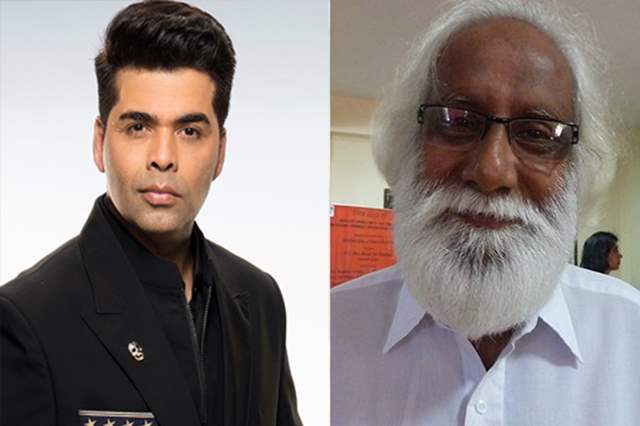 The past couple of days has once again been rather eventful to say the least for filmmaker Karan Johar, especially when it comes to the on-going Goa-based controversy. Goa-based Dilip Borkar, who is a line producer hired by Johar's Dharma Productions for an outdoor shoot in North Goa  released a statement on Twitter offering an explanation behind the viral images of PPE and other biomedical waste allegedly left behind after a film shoot.

He alleged that there is a dearth of waste disposal management companies in North Goa, where the film in question was shot.

Borkar's statement reads: "In the last couple of days there has been an outbreak of images on the social media of one particular garbage dumping site in North Goa. This site was assigned to us, by the local panchayat for the collection and disposal of the garbage."

"There is a dearth of waste disposal management companies in North Goa where the shoot was being held. Due to non-availability of private vendors I hired and paid the panchayat garbage vendors to segregate and collect the garbage generated at the shoot location."

"My team diligently ensured that the dumping site was cleared every day as informed and in accordance with the procedures established by the local panchayat."

"Unfortunately on one particular Monday the garbage pickup truck was unable to reach the dumping site due to a breakdown. Upon receiving this information my team immediately hired another special truck and had the garbage cleared."

"I urge everyone to consider that we are all adapting and improvising the way we conduct our business during the COVID-19 pandemic to the best of our abilities. As a line producer, I work with multiple renowned production houses that prioritise the health and safety of the cast and crew while being conscious of the shoot surroundings. We completely understand our responsibility towards the environment and we respect the space where we work and the people around us."

"I repeat and reiterate that we have taken all the necessary steps to dispose off the garbage in the manner suggested by the government and we continue to adhere to the guidelines provided."

"The issue being brought to light has been resolved many days prior to the outbreak of images on social media. We do not condone littering and I assure my fellow Goenkars that we have not in any manner brought any harm to our beloved Goa," he concluded.

The controversy arose when recently photographs and videos of biomedical waste scattered in the open in a Goan village named Nerul went viral on social media. These were allegedly dumped by the crew of a Dharma Productions film being shot in the village, starring Deepika Padukone. Following this, Dharma Productions received severe criticism on social media for their ignorance and littering the environment.

On Wednesday, Goa's Waste Management Minister Michael Lobo said that Dharma Productions would be fined for indiscriminate dumping of garbage in the beach village of Nerul if they do not publicly apologise for the alleged dereliction. Bollywood actress Kangana Ranaut also criticised the incident reacting to a video of the garbage on Twitter.

Earlier on Wednesday, a day after Kangana highlighted the issue on Twitter, claiming that careless dumping of garbage harms the environment, Borkar had said that the National Award-winning actress did not know ground realities.

"No one knows the ground reality. Kangana Ranaut does not know anything about what is happening here. This is wrong. She is spoiling Goa's name," Borkar said at a press conference in Panaji on Wednesday.

"There are efforts to defame us. We do not know why, maybe because Dharma Production is involved or Karan Johar's name is involved," Borkar had further said.