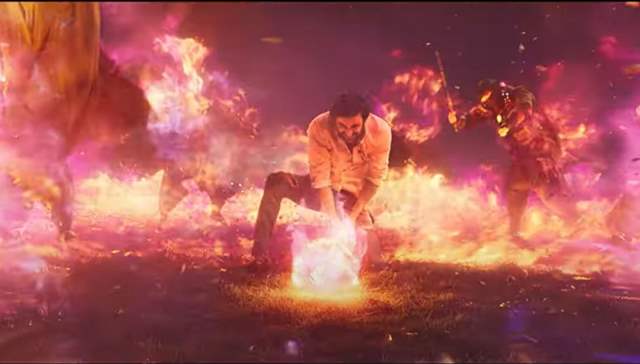 One of the most expensive Bollywood films, Brahmastra: Part One- Shiva, is all set to open in theatres tomorrow. Everyone is incredibly eager to see the movie after seeing the trailer and teasers, which feature Alia Bhatt and Ranbir Kapoor in the key roles.

Producer Karan Johar stated his excitement for the film with just one day left and vowed that it would be "bigger and greater than ever before"!

Well, now Karan took to his social media account and shared a promo of Brahmastra that introduces viewers to the ‘Ancient Indian Astras’ which include Nandi Astra, Prabhastra, Pawanastra, Vanarastra, Gajastra, Nag Dhanush, Jalastra, and Agnyastra.

The promo gives a short glimpse of each of the astras, and fans are left amazed by the stunning visuals. Sharing the promo, Karan Johar wrote,

“Bigger than ever, grander than ever - and an experience like no other. #Brahmastra in cinemas tomorrow, book your tickets now!!!” Meanwhile, director Ayan Mukerji also shared this promo and captioned it, “JUST ONE DAY TO GO… So So Excited for Everyone to Experience Brahmāstra. Almost there …#brahmastra.”

Earlier, through a social media post, Ayan Mukerji had addressed fans’ concern about sharing too many promos of Brahmastra. He wrote that fans need not worry as the movie will be a whole another experience altogether. The film is all set to hit theaters tomorrow on 8th September 2022.