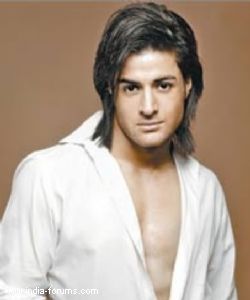 It was breaking news on TellyBuzz when it was reported that Ravi Ojha was coming up with his new show on Star Plus. We had also reported that the show titled, Sajda Tere Pyaar Mein, will have Shaleen Bhanot and Rehan Roy playing the main leads.

With the promo of the show already running in the channel, today we bring to you another important addition to it.

A source says, "Karan Hukku who was last seen in Sony TV's Tera Mujhse Hai Pehle Ka Naata Koi is all set to return to television with Ravi Ojha's Sajda Tere Pyaar Mein on Star Plus."

"Karan will play the character of a military officer who is a complete patriot. The character is of great significance to the show as he will bring in a twist when the story develops", adds the source.

TellyBuzz tried contacting Karan, but he remained unavailable for comment.

9 years ago I hope Sajda Tere Pyaar Main DOES NOT SHOW MUSLIMS IN A BAD LIGHT. other than that I am super EXCITED for the show it looks promising and I love Shaleen he is so ADORABLE

+ 7
9 years ago I think that mariyadaa it's ending.. I just found out that it's Daljeet's husband who plays the lead! I love her in IPKKND.

9 years ago Karan is an actor on the rise...