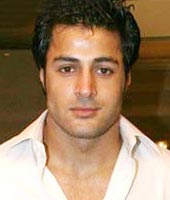 Says our source, "Karan Hukku who was last seen in Zee TV's Betiyaan is entering Hum Dono Hai Alag Alag on Star One."

Karan confirms the news. He says, "Yes, I am entering the show as Viraj. He is a smart. He is handsome. He is a businessman. His entrance in Avantika's life will create a love triangle among Viraj, Avantika and Tapu."

Karan elaborates on the role of his character. He says, "He is the kind of man who Avantika always wanted to get married to. He is her dream man. Both of us will fall in love for sure but after that how the story proceeds I've no idea."

Only time can tell who Avantika would choose, Viraj or Tapu…

this is sooooooooo like Rab Ne Bana Di Jodi...except instead of SRK essaying both roles...here we get a new entry.

12 years ago it is going the hum dil de chuke sanam way. obviously Avi will choose Varun in the end

btw i think i've seen him in sum odas show..n no not Betiyaan..!