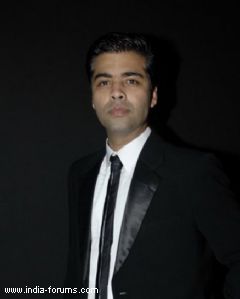 Filmmaker Karan Johar promises to don a completely new avatar in his next season of talk show 'Koffee With Karan'. The fourth season of the show will also have a new tagline - "Behind the Scenes. Beneath the Sheets".

"Koffee with Karan Season 4 will deliver a brand new look and people will soon see me in a new avatar. This time we have a new tagline - Behind the Scenes. Beneath the Sheets," Karan said in a statement.

The show, in its previous editions, has seen many celebrities as guests like Shah Rukh Khan, Rani Mukerji, Deepika Padukone, Kareena Kapoor and Saif Ali Khan. This season too promises a dynamic range of guests.

"Keeping with this, audiences will see exciting new guests as I uncover truths and delve deeper into the lives of our favorite celebrities," Karan added.

The 41-year-old has also shot a new promotional video for the latest season where he is seen in a special broad way musical. The show will air starting on  December 1 on Star World.