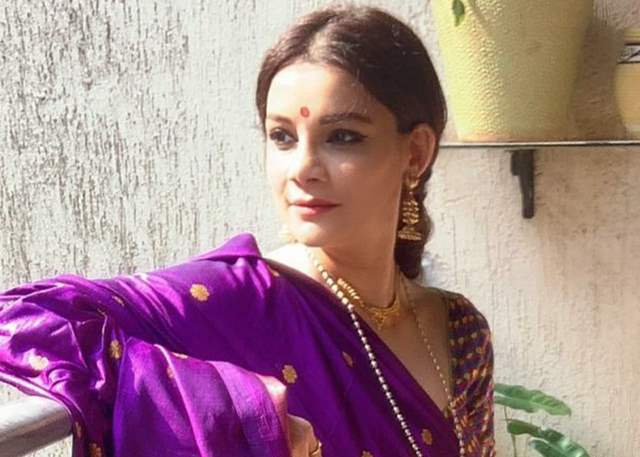 After three years, actress Kanica Maheshwari will be collaborating with producers Shashi and Sunit Mittal for the third time for their show ‘Kyun Utthe Dil Chhod Aaye’ on Sony TV.

Kanica will be seen in a different avatar where she will portray the role of a widow with bare minimum makeup. From learning Punjabi to watching Punjabi & pre-independence films the actress is leaving no stone unturned in preparations for the character.

The actress who’s won several awards for her portrayal of Meenakshi in ‘Diya Aur Baati Hum’ speaks to us about being particular about choosing her roles. “I’ve been very particular about choosing my roles as it is a big responsibility to play the part and simultaneously do justice to the character. Meenakshi had left such an impression on the minds of the audience that I wanted to break away from that image and bring something new to the screen with my next role. I was looking for something as powerful and important as Meenakshi and it’s safe to say the producers have created a tailor-made role for me in ‘Kyun Utthe Dil Chhod Aaye’. The 3 years break was worth it!”

Set in 1947, pre-partition India narrates the story of 3 young girls, their dreams, hopes, aspirations, and love. The show is set to release on the 25th of January.

Kanica Maheshwari on her digital debut: Filming this movie drained me ...