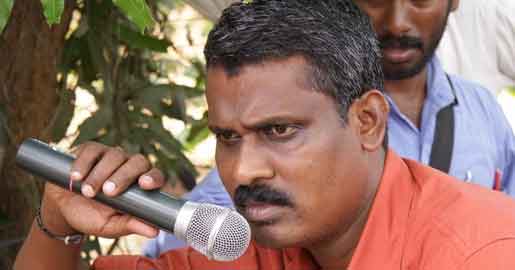 Known usually for making gutsy films that get embroiled in controversies, director Samy has played it safe this time. He says his forthcoming Tamil drama "Kangaroo" will be a clean family entertainer.

"The common feedback that I had received for my previous films is that they are unfit for women. My mother asked once why I can't make a film sans any controversy. Hence, I decided to make 'Kangaroo', which deals about the relationship between a brother and sister," Samy told IANS.

"All my films so far were passed with an A certificate. But this time I've got a clean U certificate for this film. It's a clean family entertainer and I've focussed on drama and emotions. It will cater to all audiences," he said.

The film features Arjuna and Varsha Aswathi in the lead.

Scheduled to release in cinemas on Friday, the film is produced by Suresh Kamatchi.

Samy says the result of his latest film at the box office will decide his future.

"Based on the response to 'Kangaroo', I'll decide what kind of films I'll make next. If it doesn't do well, I'd have to start making commercial films. But if it's accepted wholeheartedly, I'll continue making films that will be unique and realistic," he said.