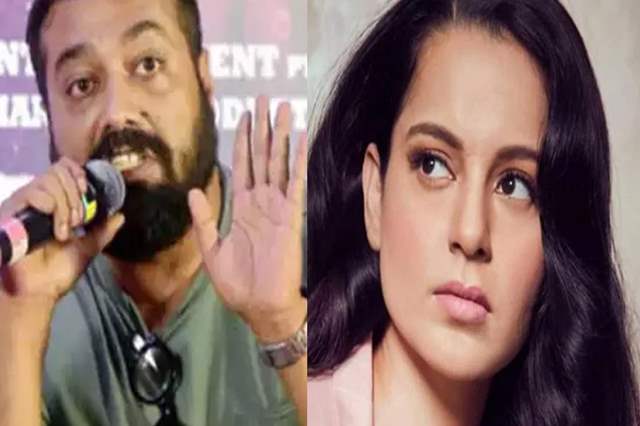 Kangana Ranaut has actively raised her voice for Sushant Singh Rajput and his sad demise. She has also shocked everyone with her claims and even went on to reveal some of the grimmest realities from Bollywood and its celebrities. She has shelled out a barrage of attacks at actors, filmmakers, and many others who have been the catalysts to the rising injustice in the industry.

While she has called out celebrities and friends from her sphere, many have expressed their dissatisfaction with her remarks and turned her relationships sour. Filmmaker Anurag Kashyap recently revealed that he used to be good friends with Kangana Ranaut, but now he doesn’t know the 'new Kangana'.

Opening up on the same in an interview with NDTV, he mentioned how Kangana was offered Saand Ki Aankh. He said, "Saand Ki Aankh script was pitched by Tushar Hiranandani to Kangana. Kangana said that it is a great story but why do you need two characters? Make those two into one and I will do it. She wanted the film to be a solo-heroine film."

It indeed comes surprising as a revelation, isn't it?

mytinypaintings 2 months ago What is so surprising in it as an actor she does not wants to work in multi starters her choice. What is the big deal there?