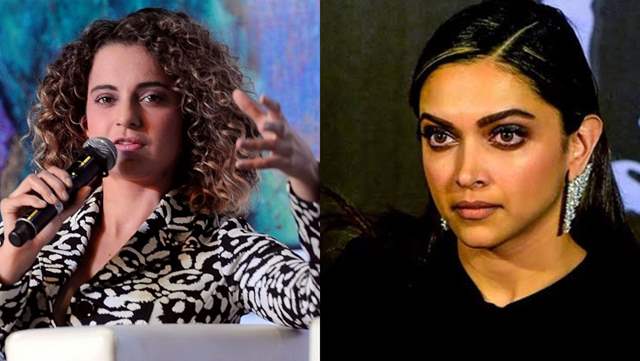 If there is one star in Bollywood who has been vocal about her opinions and thoughts quite openly, it is Kangana Ranaut. The Dhaakad star has never shied away from speaking up on issues that affect society and even in the early days of her career, Kangana shared her views on feminism and the portrayal of women on screen in Bollywood.

Recently, Kangana shared a video clip from 2014's show Satyamev Jayate with Aamir Khan where she is seen with Deepika Padukone and Parineeti Chopra.

In the clip, Kangana is seen talking about the wrongful portrayal of women on screen.

Taking to her Twitter handle, Kangana retweeted a video by a netizen from 2014's episode of Aamir's show. In the clip, Kangana is seen sharing her thoughts on how cinema impacts society.

She is seen quoting the example of William Shakespeare who wrote dark stories and characters with a positive impact. Kangana is seen explaining how Indian films portray women enjoying being teased by men. She said that women are being called 'tandoori chicken' and called it a 'shameful' portrayal of women in Indian cinema.

Later, in the clip, Aamir asks Deepika her viewpoint and the Padmaavat star is seen saying that she had heard that Cinema always has a huge impact on society but she 'never took it seriously' until now that they were discussing about it. She said that in future, she's perhaps be more careful.

Sharing the tweet, Kangana wrote, "Watch this, it is many years ago in my early twenties teaching feminism to Bullywood, listen you all upcoming libru feminists, Tum jis school mein padhte ho hum waha k Principal reh chuke hai! (Translation: The school in which you are studying, I have already been the Principal there!)"