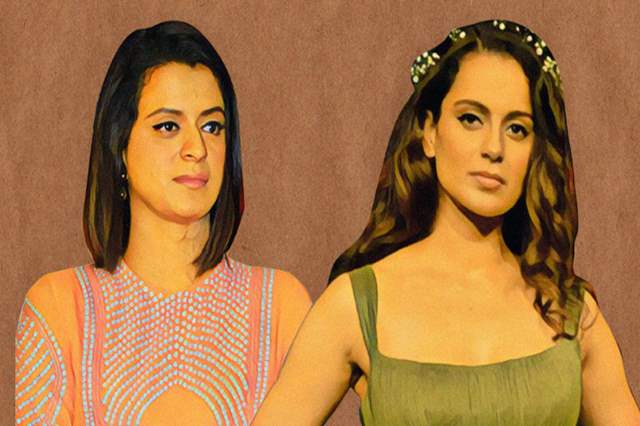 Rarely is there a day that goes by without highlighting or talking about actor Kangana Ranaut's controversies owing to her statements and at times owing to her actions.

Usually unfazed by any criticism thrown at her in one way or another, the actor did find herself in some legal trouble recently when an FIR was registered against her and Rangoli Chandel for allegedly creating a divide among communities through her posts on social media.

Reportedly, the FIR was registered after Bandra Magistrate Metropolitan Court has directed the Mumbai Police for the same.

Now, as per a recent update, Mumbai Police has summoned Ranaut and Chandel in the sedition case. According to ANI, Ranaut and Chandel have been asked to appear before the investigating officer next week. “Mumbai Police summons Kangana Ranaut (file pic) & her sister Rangoli Chandel, asking them to appear before investigating officer, on next Monday & Tuesday (Oct 26 & 27) FIR was registered against them at Mumbai's Bandra Police Station, under various sections incl 124A (Sedition),” ANI had tweeted-

The summons have currently come at a time when Ranaut is with her family celebrating her brother's wedding. In fact,her cousin Karan tied the knot today while Aksht is getting married next month.

To recall, Ranaut had reacted to the FIR registered against her and claimed that Maharashtra government has been obsessing over her. “another FIR filed against me, Pappu Sena in Maharashtra seems to be obsessing over me, don’t miss me so much I will be there soon,” she had tweeted.