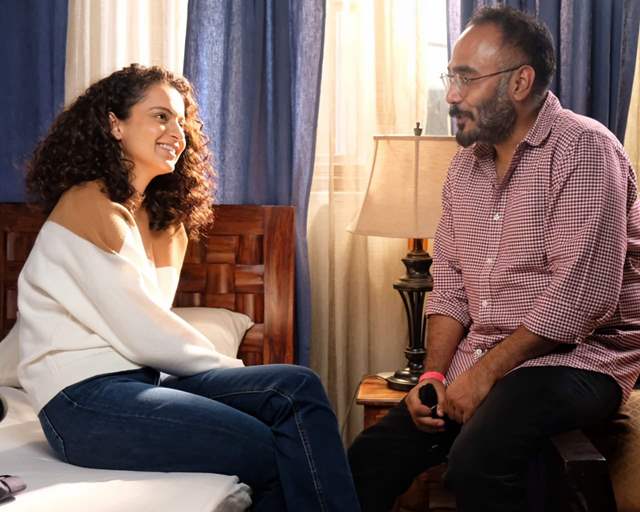 Bollywood actress Kangana Ranaut has been a busy bee juggling between shoots and projects. A while ago, the ‘Queen’ actress took to her social media handle to update her fans about wrapping up the Delhi schedule of her upcoming film ‘Tejas’.

Sharing a picture with her director on Twitter the actress wrote, “Today team Tejas successfully completed Delhi schedule, our commander in Chief @sarveshmewara1 is a first time director but it seems he has been making movies all his life and good ones. Tomorrow off to my most favourite place Rajasthan for next schedule”.

Soon after announcing it to her fans about the wrap up, she shared another pic to give them a glimpse of their wrap up party. She shared a photo of a delicious looking desert and captioned it: "Delhi wrap ... uummmmmm  Is there something called vulgarly delicious?"

As per source close to the actress, Kanagana is all set to kick start her Rajasthan shooting schedule of Tejas  tomorrow.

Earlier, she had expressed happiness in playing the role of a Sikh officer in the film. She had tweeted, “Playing a Sikh soldier in Tejas. I never knew until I read my character's full name on my uniform today. I had an instant smile on my face. Our longings and love have a way of manifesting. The universe speaks to us in more ways than we understand.”

Apart from that, Kangana will also be seen in 'Thalaivi', - a biopic on actor-turned-politician Jayalalithaa. She also has 'Dhaakad' and 'Manikarnika Returns: The Legend Of Didda' in her kitty.

She recently announced that she will be playing the role of former Prime Minister Indira Gandhi in an upcoming political drama.