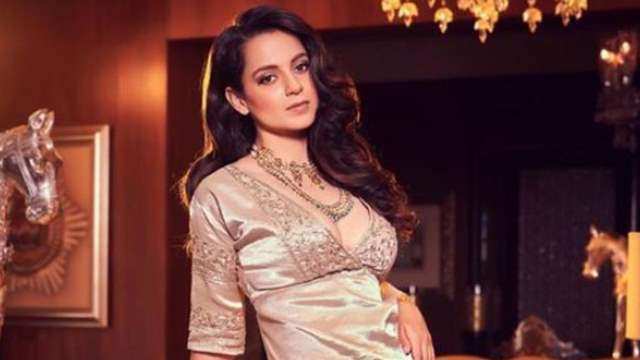 It’s almost certain that Bollywood actress Kangana Ranaut and controversies go hand in hand. While the actress joined Twitter only in August 2020, she has managed to constantly remain in the news owing to her contentious tweets.

On Wednesday, Kangana claimed that her Twitter account has been temporarily restricted. Sharing the same with her followers, she took a dig at Twitter CEO Jack and said that her ‘reloaded desh bhakt version' will reappear in her films.

“Librus cried to their chacha @jack and got my account temporarily restricted, they are threatening me mera account/virtual identity kabhi bhi desh keliye shaheed ho sakti hai,magar my reloaded desh bhakt version will reappear through my movies.Tumhara jeena dushwar karke rahungi” she tweeted.

Kangana also reacted to the ‘SuspendKanganaRanaut’ trend on Twitter with an open warning. She wrote:

“Anti nationals are trending #SuspendKanganaRanaut .... please do, when they suspended Rangs I came and made their lives even more miserable,now if they suspend me will exit virtual world and in real world will show you real Kangana Ranaut- the mother of all fathers #babbarsherni”

Apart from social media battles, Kangana Ranaut was recently mired in a legal controversy because of her tweets. A complaint was lodged against her sister Rangoli Chandel and her for allegedly "trying to create hatred and communal tension" through their social media posts.

Read more about it: Kangana Ranaut granted protection from arrest till January 25 in sedition case