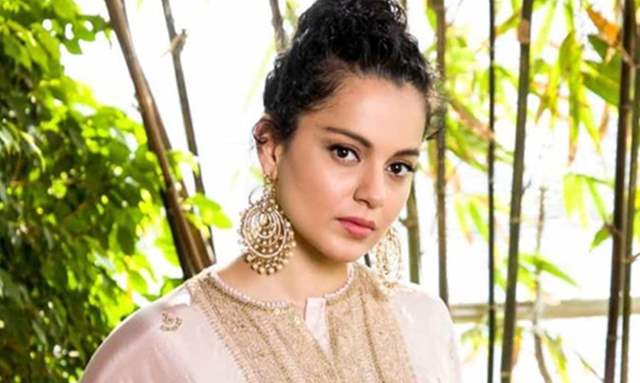 Bollywood actor Kangana Ranaut went on a rampage after international pop icon Rihanna flagged the farmer agitation which stimulated a dialogue amongst the celebrities. On Thursday, Twitter deleted Kangana’s tweets which said the posts were in violation of the platform's rules on hate speech.

From the looks of it, the actor’s two tweets have been taken down in the last two hours.

"We have taken action on Tweets that were in violation of the Twitter Rules in line with our range of enforcement options," Twitter said in a statement.

In one of the deleted tweets, Kangana called Sharma 'dhobi ka kutta' and said, "Why all these cricketers sounding like dhobi ka kutta na ghar ka na ghat ka, why would farmers be against laws which are revolutionary for their well being. These are terrorists creating ruckus... say that na itna darr lagta hai?" 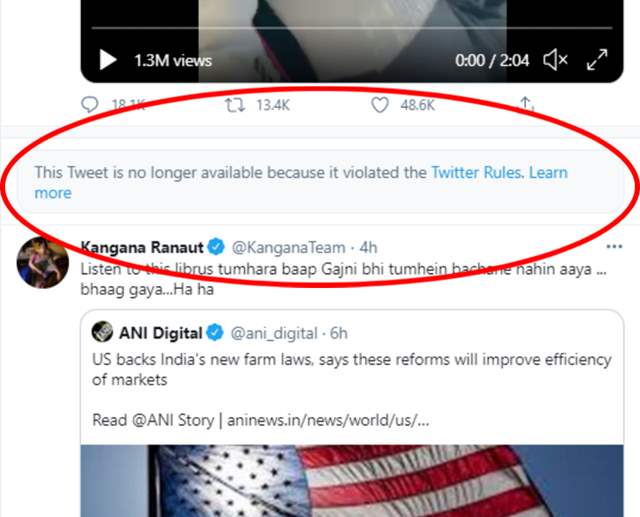 The recent development comes after Kangana Ranaut unleashed fatal blows against the international pop star. In one of the Tweet posted on Wednesday, Kangana compared herself with Rihanna and called herself a ‘Right Wing role model’. 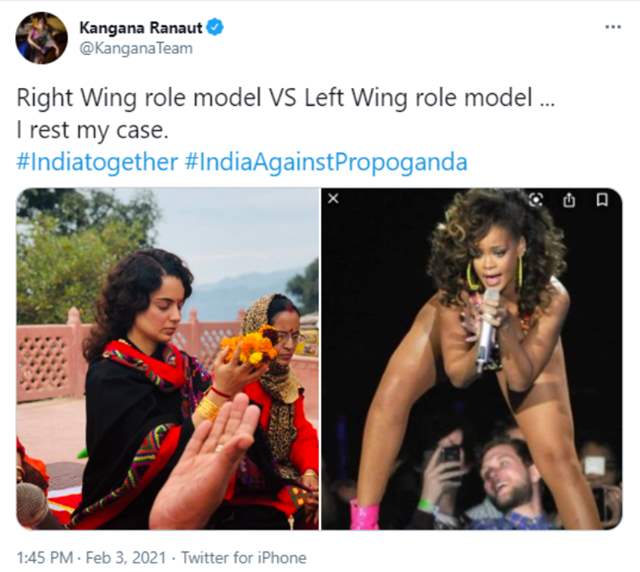 On the other hand, she was even engaged in an argument with Diljit Dosanjh after he dedicated a song to the pop singer titled ‘RiRi’. She went on to call him a ‘Khalistan’.

2 months ago She’s nothing but a brown Karen.

2 months ago Great...she only spreads hatred