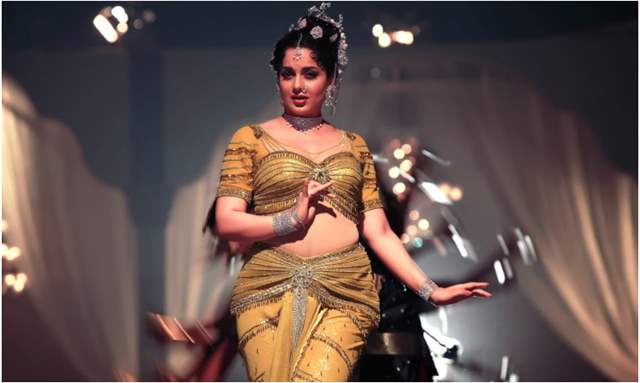 With just a few hours left for Kangana Ranaut to turn a year older, the actress recently shared pictures from her much-anticipated film Thalaivi. She will be seen performing the titular role of former Chief Minister J. Jayalalithaa in the biopic.

Taking to her Twitter handle, Kangana shared stills from her upcoming film which and she looks magnificent. “One day to go for the trailer launch of #Thalaivi Gaining 20 kgs and losing it all back within a span of few months wasn’t the only challenge that I faced while filming this Epic Biopic, the wait is getting over just in few hours Jaya will be your forever,” read Kangana’s tweet.

Kangana impressed her fans with her new retro look as Jayalalithaa in a white floral shirt and yellow shorts with matching ballet shoes. In the next picture, she can be seen  donning a golden attire for a song sequence. In the last still, she looked magnificent as Jayalalithaa as Tamil Nadu CM.

The upcoming film features the late politician's journey from being an actor to becoming Tamil Nadu CM. Kangana left no stone unturned for getting into the skin of former Chief Minister J. Jayalalithaa. From the looks of it the Panga actress underwent massive physical transformation and the recent stills from the biopic will blow your mind.