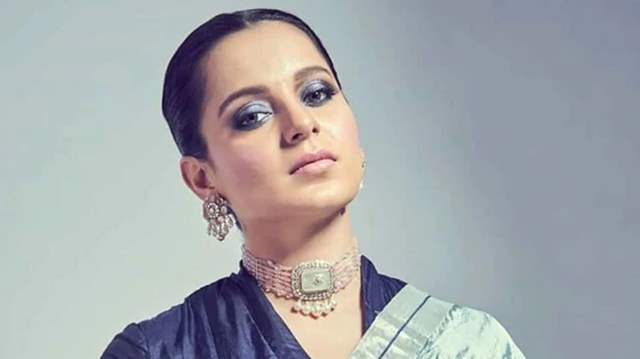 Kangana Ranaut is currently gearing up for her two major projects, Dhakaad and Tejas. Both the films are action based and the actress has now kick-started her action training for both her characters.

Calling herself the first legitimate action heroine of Bollywood, Ms. Ranaut shared her video of practicing her stunts and  wrote: “I have started action training for my upcoming action films #Tejas and #Dhakaad I play a Fauji and a Spy respectively in these films. Bollywood ki thali may have given me a lot but post Manikarnika success I too have given Bollywood it’s first ever legitimate action heroine.”

The video shows her doing a range of exercise routines - from boxing to kickboxing to a series of floor exercises, showing flexibility and strength.

Recently, on Wednesday, Kangana had revealed how after gaining 20 kgs for her upcoming J Jayalalithaa biopic, Thalaivi, she had begun the process of shedding it and getting back to her earlier self.

She had written: “I had gained 20kgs for Thalaivi, now that we are very close to completing it, need to go back to my earlier size, agility, metabolism and flexibility. Waking up early and going for a jog/walk .... who all are with me ?”

The picture she had shared appeared to be from her pre-Thalaivi days and showed her in her fit and skinny avatar, doing an intricate yoga posture.

Funny29 1 months ago How much more can a woman be mentally disturbed.🤦‍♂️