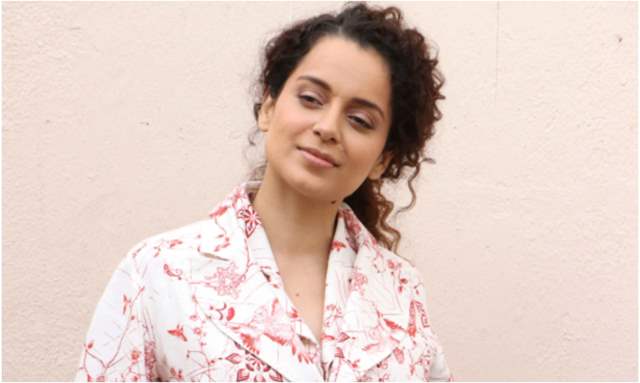 Kangana Ranaut’s war of words against the Maharashtra government escalated during her last visit to Mumbai. She continued to hurl attacks even after leaving for Manali on Monday.

Earlier this month, Brihanmumbai Municipal Corporation (BMC) raided Kangana's Mumbai office and demolished it after putting up a 'stop working' notice on the property. Now, the actress has amended her petition before the Bombay high court.

The recent Times Now report has stated that Kangana Ranaut is seeking Rs 2 crore in compensation for the damages suffered due to the “illegal demolition” carried out by BMC on September 9 on part of her Pali Hill bungalow number 5, in Bandra, West.

The report also mentioned that the actress has even sent a notice to the authorities in regards to the demolition. However, BMC is yet to respond to Kangana’s demands.

The Queen actress’ petition also mentions that though the BMC claimed that a mukadam had detected her “unauthorised construction on September 5 at 1 pm’’, there is “no record of the report’’ placed before the HC.

Apart from that, Kangana Ranaut also met Maharashtra Governor Bhagat Singh Koshyari on Sunday regarding the issue. Taking to her Twitter handle, she shared pictures from the meeting and wrote, “A short while ago I met His Excellency the Governor of Maharashtra Shri Bhagat Singh Koshyari Ji. I explained my point of view to him and also requested that justice be given to me it will restore faith of common citizen and particularly daughters in the system.”

surabhi01 11 days ago Yes she should ask for compensation. This is no way that bmc demolish her office like this Legal procedure should have follow by bmc and bmc didn't not follow legal procedure And more over bmc broke even ceiling fans of her office ? Seriously what the hell is this And more over according to rule bmc can't demolish anyone house till 30 September so she ask for compensation

basherz 11 days ago damages for construction for illegal property