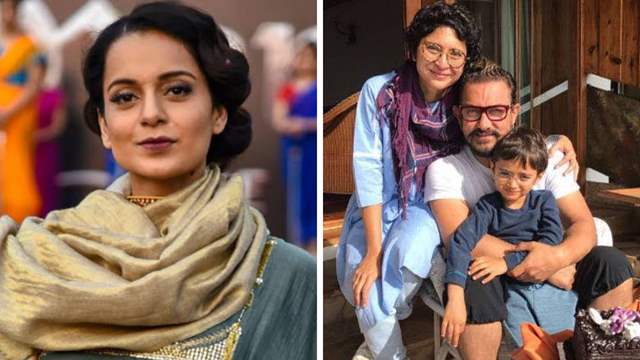 In a shocking turn of events, Bollywood actor Aamir Khan announced his divorce with wife Kiran Rao. After fifteen years of marriage, the duo has decided to part ways amicably. They have a son named Azad Rao Khan together.

Actress Kangana Ranaut has now reacted to Aamir Khan and Kiran Rao’s divorce as she opened up about interfaith marriages. Taking to her Instagram story, she wrote:

"At one point In Punjab most families raised one son as a Hindu and another one as a Sikh, this trend has never been seen among Hindus and Muslims or Sikhs or Muslims, or anyone else with Muslims for that matter, with Aamir Khan sir's second divorce I wonder in an interfaith marriage why children come out only Muslims. Why woman cannot continue to be Hindu? with changing times we must change this, this practice is archaic and regressive... if in one family if Hindu, Jain, Buddhist, Sikh, RadhaSwami and atheists can live together then why not Muslims? Why must one change one's religion to marry a Muslim?" 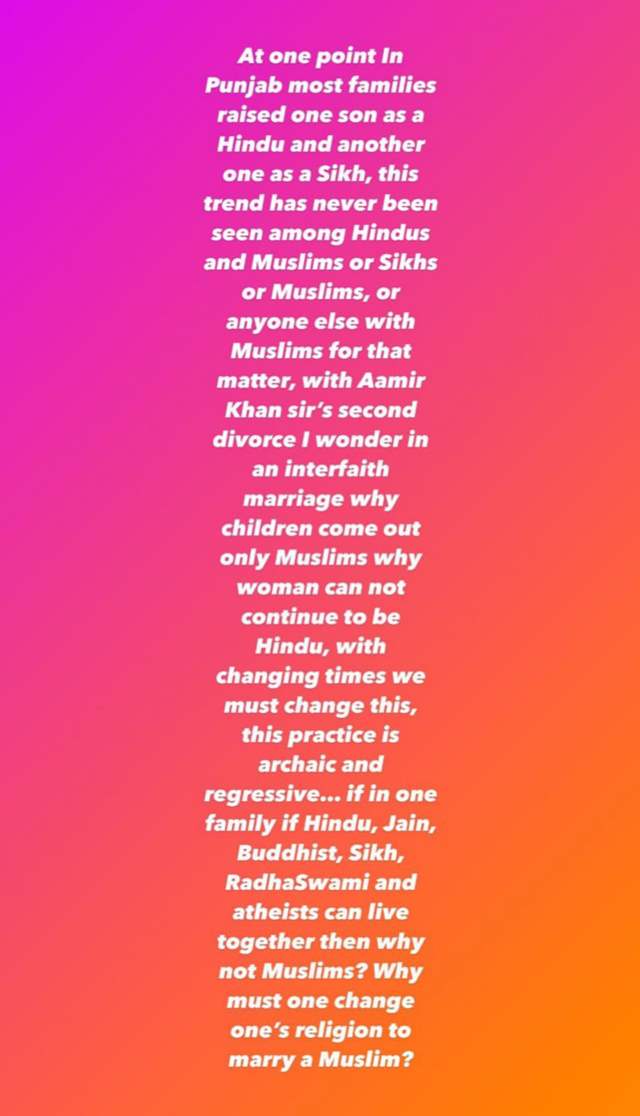 On Saturday, Aamir and Kiran released a joint statement and revealed that they had been living separately for sometime and now they have decided to officially part ways with each other. However, they will continue to co parent their son Azad. An excerpt of their statement reads:

“Now we would like to begin a new chapter in our lives - no longer as husband and wife, but as co-parents and family for each other. We began a planned separation some time ago, and now feel comfortable to formalise this arrangement, of living separately yet sharing our lives the way an extended family does. We remain devoted parents to our son Azad, who we will nurture and raise together.”

Aamir Khan and Kiran Rao had tied the knot in 2005 and welcomed their son Azad in 2011 through surrogacy. 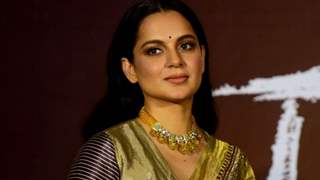 Kangana Ranaut starrer ‘Thalaivi’ gets ‘U’ certificate with no cuts ...