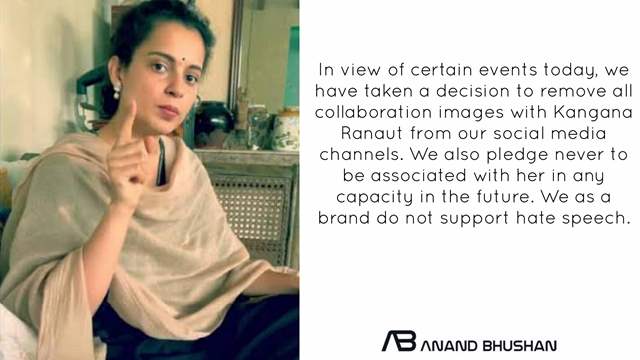 And now, massive trouble has engulfed the actress as two popular fashion designers have vowed to never work with the actress again in the future.

Award winning fashion designer Anand Bhushan took to Twitter to announce that they will be deleting all previous collaborations posts with Kangana from all their social media pages, and they pledged to ban the actress from future projects. He posted his statement with the caption, “Do the right thing (sic).”

“In view of certain events today, we have taken a decision to remove all collaboration images with Kangana Ranaut from our social media channels. We also pledge never to be associated with her in any capacity in the future. We as a brand do not support hate speech (sic).”

In a similar move, fashion designer Rimzim Dadu took to her Instagram stories to share a picture of herself and Kangana and made a similar announcement. Her note read:

“Never too late to do the right thing! We are removing all posts of past collaboration with Kangana Ranaut from our social channels and pledge to not engage in any future association with her (sic).” 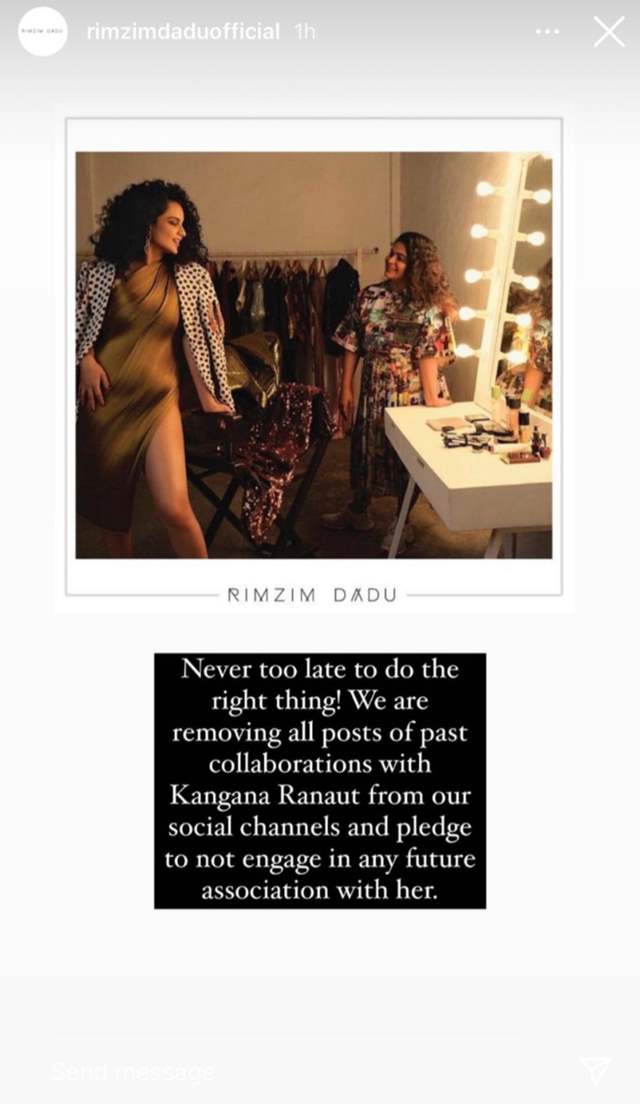 Actress Swara Bhasker reacted to the decision made by the two fashion icons and tweeted:

“Pleasantly surprised to see this! Kudos to you @AnandBhushan & #RimzimDadu for calling out hate speech and incitement to genocide in a direct manner! Stand tall you guys! (sic).”

This comes after Kangana Ranaut’s Twitter account was suspended after she made objectionable comments on West Bengal Chief Minister Mamata Banerjee. She had raised her voice against the violence happening across Bengal post the recently held elections and its results and also demanded ‘President’s rule in West Bengal’ .

12 days ago Serves her right. She should be ban from movies as well