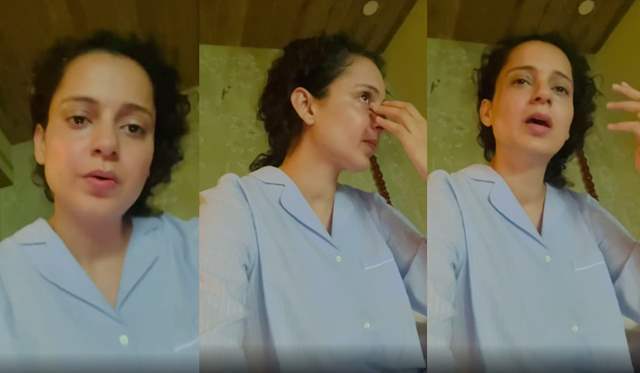 Kangana Ranaut's Twitter account has yet again been suspended and this time for raising her voice against the violence happening across Bengal post the recently held elections and its results.

The actress posted her video wherein she can be seen in tears while narrating the current horrifying scenario of Bengal. She gave an account of the distressing situation there and also revealed how innocent people are being killed and gang raped. She has also called in for President's rule.

12 days ago IF should stop publishing her articles

12 days ago Yup that’s all she can do. Seek more and more attention. She should seek treatment for her mental condition.