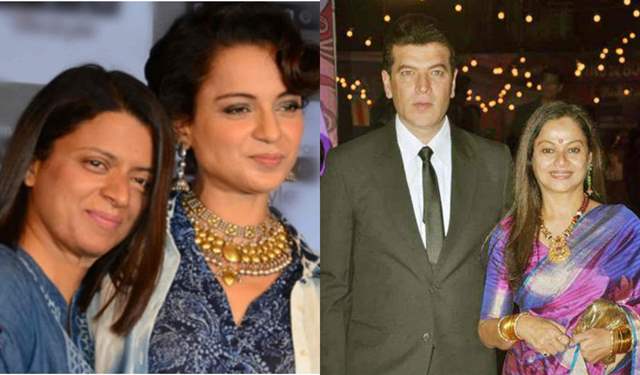 The never ending feud between Aditya Pancholi and Kangana Ranaut along with sister Rangoli finally seems to have found new developments in the controversy. Aditya and his wife filed a case of defamation against Kangana and sister Rangoli. The two are summoned by the court for the same.

Chief Metropolitan Magistrate S B Dighe issued two summons each against Kangana and Rangoli with regard to the four cases filed by Pancholi and his wife Zarina Wahab.

The case filed against Kangana are related to her interviews and statements which were made at a television show, meanwhile, Rangoli has been roped in for the comments made on social media. Pancholi’s lawyer Shreya Shrivastava has claimed that Rangoli defamed the actor and his wife by making allegations against them on social media.

Pancholi’s lawyer said, “she (Kangana) had claimed that Aditya kept her under house arrest and she registered an FIR against him, but since no such FIR was ever registered, there is the prima facie case that she defamed him.”

She allegedly tweeted that there was an FIR against Pancholi in 2005-06. The matter is posted for further hearing on July 26, Shrivastava added.

For the unversed, the actress had also filed a complaint at the Versova Police station against Pancholi and the police started the investigation after they received an email application regarding the same.

It is also reported that a prominent actress Zarina Wahab, has stood by Aditya Pancholi in his legal battle with the Queen actress. Furthermore, she has also admitted that she has been living in constant fear for the safety of her husband.

Kangana Ranaut hits out at Ranbir Kapoor and Deepika ...
5 minutes ago

Sanjay Dutt's Official Statement after being Rushed to the ...
23 hours ago
View More
TOP