1. 'Kanalukal' - Film: 'Mulla'; Music: Vidyasagar; Lyrics: Sarath Varma; Singers: V. Sreekumar and Sujatha. The lushness of the songs of a Lal Jose film is something exceptional.

2. 'Puthiyoreenam' - Film: 'Cycle'; Music: Mejo Joseph; Lyrics: Anil Panachooran; Singers: Karthik and Vineeth Sreenivasan. This New Year song has not dimmed in popularity but has been toppled from the top position.

3. 'Kannin vathil' - Film: 'Mulla'; Music: Vidyasagar; Lyrics: Sarath Varma; Singers: Gayathri and Devanand. This lullaby is another interesting song in this film that is well integrated with the story.

4. 'Varnapainkili' - Film: 'Cycle'; Music: Mejo Joseph; Lyrics: Anil Panachooran; Singer: Vineeth Sreenivasan. Vineeth had acted and directed music videos before doing this film. That may be the secret behind his effortless performance in the song.

5. 'Aranu nee' - Film: 'Jubilee'; Music: Shyam Dharam; Lyrics: Kaithapram; Singer: Vineeth Sreenivasan. The makers of this small film may find solace in the fact that at least a couple of songs have worked. 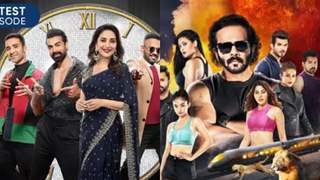