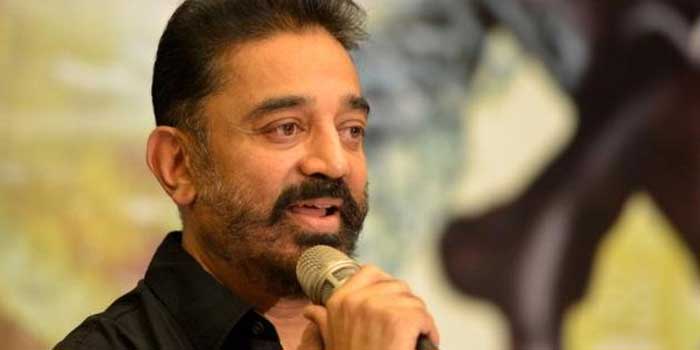 "Kamal sir is busy with 'Bigg Boss' show. Contrary to some reports, 'Sabash Naidu' has not been shelved and will be revived very soon. It had to be stalled when he had a leg injury followed by some unfortunate events," a source close to Kamal told IANS.

Last July, Haasan fractured his leg after he slipped and fell at his residence here.

The injury put him out of action for nearly seven months.

The team had made plans to resume shoot from last December.

"The make-up team from the US, which had to take care of Kamal sir's prosthetic look, wasn't available as they were on a Christmas break. Therefore, the shoot had to be pushed to this year," the source added.

"Sabash Naidu", a spin-off on Kamal's Balram Naidu character from "Dasavatharam", is being simultaneously shot in Tamil, Telugu and Hindi.

Ramya Krishnan's Comments on Kangana Ranaut: 'She is a Gutsy, ...

Anup Upadhyay roped in for 'Excuse Me Madam'
a minute ago

"She thought Ending her Life was a Better Option": Sonakshi ...
9 minutes ago

Randeep Hooda Expresses Shock; Voices his Concerns and ...
21 minutes ago

Deblina Chatterjee to be seen as Lakshmi in Vighnaharta ...
38 minutes ago

Here’s why Akhilendra Mishra initially denied playing the ...
40 minutes ago

Sushant Searched about Painless Death, Trouble in ...
47 minutes ago