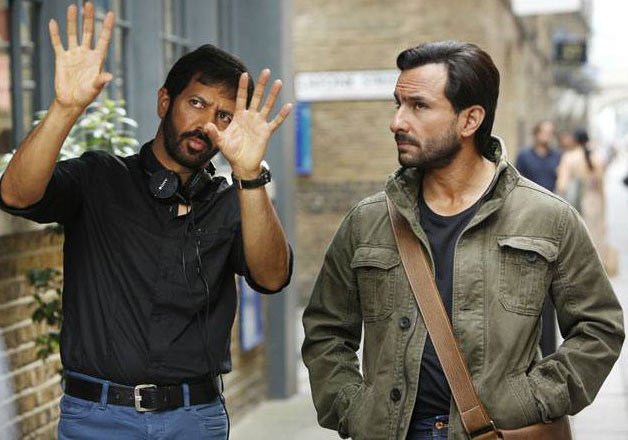 At an interview as part of promotions for his upcoming film "Phantom", Saif said: "Kabir Khan is like J.P. Dutta sahab. I think there are no other directors who can showcase India's ruggedness on the big screen. The manner in which the shots of Himalayas were taken or the one showing the rugged landscape of India are brilliant since he (Kabir) knows about these things and is interested too."

"Every film is just like the personality of the director and Kabir's personality is exactly like this," he added.

J.P. Dutta is well-known for his depicting war and turmoil in films such as "Border", "Refugee" and "LOC Kargil".

Similarly, all of Kabir Khan's films have also had themes based on terrorism, border, war and rural locations in films like "Kabul Express" and "Bajrangi Bhaijaan".

Saif, who was also the part of "LOC Kargil", is now seen playing an Indian Muslim in "Phantom" which touches upon Mumbai's 26/11 attacks . The film also stars Katrina Kaif.

Sharing his experience working in the film, Saif said: "Kabir made me work extremely hard especially in places such as Beirut and in the Middle-East and other dangerous places where we shot."

The film is set to release on August 28.