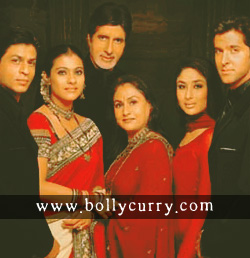 Rukh Khan, Kajol, Kareena Kapoor, Hrithik Roshan in the primary roles and was Karan Johar's second venture. It was extremely popular all over the world and is considered one of the highest grossing Bollywood film in overseas markets.

Now you must be wondering why we are bringing up the movie after nearly a decade!  Well it is due to the fact that recently, rumors of a sequel have emerged! Apparently, Johar has been pitching a sequel for the movie and has even approached Amitabh for the same. Amitabh made confirmations of such talks on his blog and even asked his followers for their opinions on such a project.

It appears that it was felt that the characters in the movie are still relevant in current times and a strongly positive audience response is expected. Allegedly, the movie will focus on the relationship between the two brothers and how it morphs with the changes in their personalities, their personal lives and their business responsibilities. In the end, it is about family ties and loyalty!

Here's hoping that the sequel materializes and we get to experience just as strong a cinematic visual as the original!