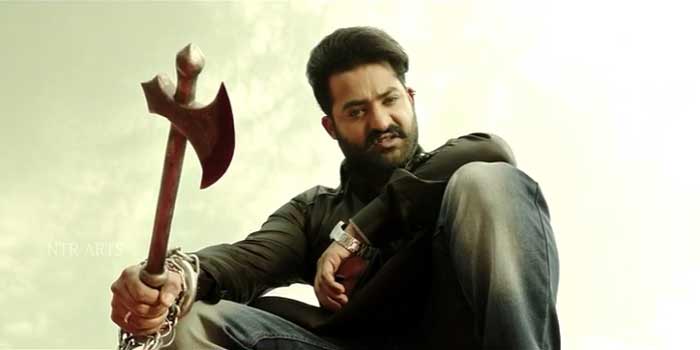 Junior NTR's character in Telugu actioner "Jai Lava Kusa" is not stolen from an idea by filmmaker Puri Jagannadh, says the actor's publicist.

In "Jai Lava Kusa", Junior NTR plays a character with a stutter. Puri has alleged that the character is based on his idea.

When IANS reached out to Junior NTR's publicist, he said: "The news is not true. It is unfortunate that such allegations are being made. Can't speak more about this at this point."

Opening up on some more details, a source close to the actor told IANS: "The truth is Puri had narrated a story to NTR a few years ago. It was about a martial arts artist with a stutter. He even narrated the same story to Allu Arjun. Incidentally, both of them rejected the story and moved on with their respective commitments."

The source added that Junior NTR doesn't play the same character in "Jai Lava Kusa", in which he also essays two more roles.

"Apart from the stammering trait, there is absolutely zero coincidence between both the characters. Moreover, Junior NTR's character Jai in the film is an evil guy who stammers. There have been so many films where the heroes have played police officers. Does this mean all these films have copied from each other," the source asked.

"Jai Lava Kusa" is being directed by Bobby, and it also stars Nivetha Thomas and Raashi Khanna.

Sanjay Dutt Admitted In Hospital Due To Breathing Problems; ...
16 minutes ago

‘Rhea Has Nothing To Hide’, Actor’s Lawyer Rubbishes News of ...
6 hours ago