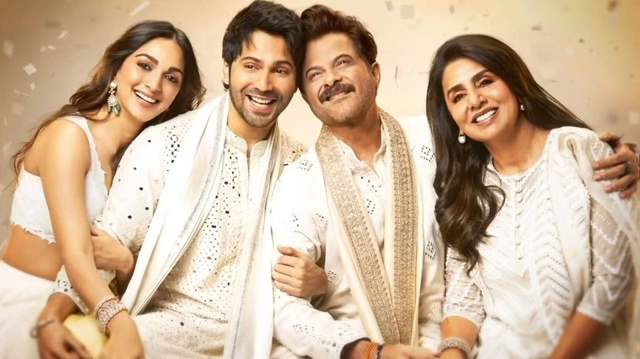 Varun Dhawan and Kiara Advani are ecstatic that their much-anticipated film JugJugg Jeeyo is set to hit the theatres. Fans have been anticipating the release of the film since the trailer was released. Along with Manish Paul and Prajakta Koli, it also stars Anil Kapoor and Neetu Kapoor in prominent roles.

Varun Dhawan and Kiara Advani have begun promoting their next flick in Chandigarh and Delhi. They will launch the song tomorrow in Delhi. The cast of Jug Jugg Jeeyo has now shared a teaser for the upcoming music on social media announcing its release date.

The teaser shows Varun, Kiara, Anil and others dance their heart out in on the desi beats. The peppy beat of the song will definitely prompt you to tap your legs. Kiara wrote: #ThePunjaabbanSong coming out tomorrow! #JugJuggJeeyo, releasing in cinemas on 24th June.

The family comedy-drama is presented by Viacom18 Studios and Hiroo Yash Johar, Karan Johar, and Apoorva Mehta under Dharma Productions, and is directed by Raj Mehta, who also directed the 2019 smash Good Newwz.

It's the story of two couples from successive generations who get caught in post-marriage troubles.The premise deftly bridges the generation gap and offers a unique perspective on love, all while maintaining a sense of comedy. The film is scheduled for a theatrical release on 24 June 2022.