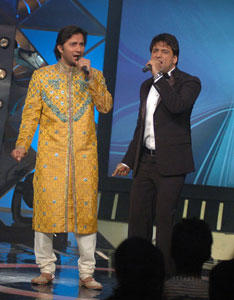 After 13 weeks of rigorous battling of voices, Jjhoom India finally declares a winner – Sachin Tyagi with his mentor Madhushree. Though the judges' marks given to both Sachin as well as Varun differed by just one point, Varun fell out of the league due to the audience polling. Varun lagged by more than a lakh of votes.

So was the whole affair really a sham? Seems likely, as the very fact that there was not much of a hullabaloo created when Sachin was eliminated initially and the audience had expected him to return through the wild card. The pattern suddenly changed after this stage, and Varun who was earlier tagged as the 'Unbreakable Varun', started losing on votes, even after consistent, great performances. Wonder what brought about this huge drop in public voting? So does this result of Sachin winning even come as a surprise?


But Varun did not seem too perturbed by the results as he says, “It doesn’t really matter to me as to who won or lost the competition. I just participated in the show to enjoy and that is what I did. I had a blast participating in the show. That’s all that mattered to me.” Speaking about the voting pattern employed in Jjhoom India Varun claims, “I have nothing to say about the voting pattern. There is nothing new about the method used and it is employed by all reality shows on television.”

Well it doesn’t seem Varun is disconcerted with the results but does this end the controversies behind “Reality Shows”? Doesn’t seem likely.

Catch all the excitement of Jjhoom India’s Grand Finale on Sahara One tonight at 9:00 p.m. 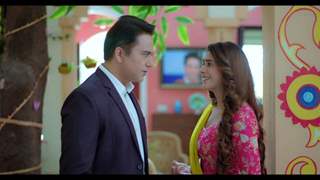 + 3
14 years ago ...to win. It was politics that threw him out of the show in first place..Varun is definitely one of the best TV actor but singer...comeon.. I laughed everytime he sang...Roshni and Chaavi were better than him...

+ 2
14 years ago this voting system always comes under controversy in reality shows.....nothing can be done about that......so it is better for both the viewers and the participants to just enjoy and not worry about the result.

+ 7
14 years ago Both were great so I'm not too disappointed...I did have a soft corner for Varun though. But anyway, congrats to Sachin!

WELL DESERVED,
(For varon fans - he is a good actor but singer - come on?)
LOVE JAY(UK)

14 years ago Both are good singers but I thought Varun would win.

+ 3
14 years ago I am happy with the results.
Congrats to Sachin.