New Delhi, May 29 (IANS) Happy-go-luck and charming Bollywood actor Jimmy Shergill wears multiple rings on his fingers, a stylish wristwatch and one gold earring - all because he loves accessories.

'I just enjoy wearing them,' Jimmy told IANS while he was in town to promote his film 'Hastey Hastey', releasing Friday.

Since most of the rings he wore had precious stones embedded in them, one would be forced to think that he wore them for superstitious reasons.

But Jimmy politely refused saying: 'No such special reasons. If you will ask me to wear one more ring, I will happily wear it.'

Ask him about his personal style statement and Jimmy, who currently sports a stylish hairdo with light brown streaks, is quick to reply: 'A white kurta pyjama.'

About his film 'Hastey Hastey', where he has been cast opposite debutante Nisha Rawal, Jimmy said: 'It is a very youth-oriented and light-hearted comedy film. My character is also very light and breezy. I enjoyed doing it.'

Jimmy has also plans to turn producer soon, but said only he would act in the films that he would produce.

Since a lot of actors are heading towards the small screen, is Jimmy game enough to host a show too?

'Well, if anyone makes a good offer, then yes!'

He is excited about his forthcoming films that include Neeraj Pandey's 'Wednesday', Anjan Dutt's 'BBD', Sujit Sarkar's 'Shoebite' and Anjum Rizvi's 'Flat'.

In the coming days, however, he would be in Canada to complete the last few days of his acting schedule for a Punjabi film. 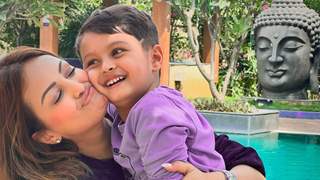