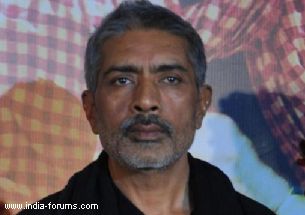 Jha's name figured in the first list of four candidates released by the JD-U for the general elections.

The party has decided to field Jha, a native of a village near Bettiah, keeping in view the caste equation on the ground.

Jha contested and lost the 2009 Lok Sabha election, but is hopeful of wooing voters of all sections, particularly Muslims, this time.

He fought on a Lok Janshakti Party ticket in 2009.

The filmmaker has been campaigning in the state, particularly in Bettiah, for nearly a month and addressed a public meeting Thursday along with the chief minister.

Jha also staged a dharna with Nitish Kumar in a protest over the denial of special category status to Bihar March 2 in Patna.

He announced he would soon make a film on the subject.

Jha is known for making films like "Gangaajal", "Apaharan", "Raajneeti", "Satyagraha" and "Aarakshan".

Huma Qureshi Loses Cool; Says She has been 'Unnecessarily ...
22 minutes ago

2020 is Turing Out to be a Fruitful Year for Prabhas!
22 minutes ago