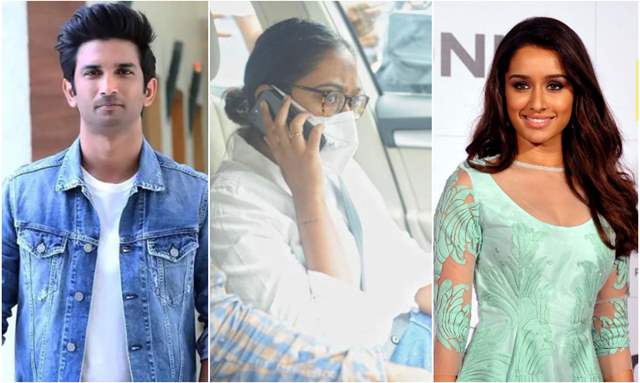 Jaya Saha was grilled by the Narcotics Control Bureau for six hours yesterday and she has supposedly made huge revelations during her interrogation. On Monday, NCB reportedly procured WhatsApp chats from her phone that pave way for a big disclosure in the alleged drug nexus in Bollywood. She is said to be a part of many groups with A-lister Bollywood celebrities and proves to be a crucial link in SSR’s death investigation.

The chats allegedly mentioned procuring, supplying and consumption of drugs like CBD oil, Weed, Hash, and more. Now, the latest Times Now report has revealed that Jaya Saha has admitted that she arranged CBD oil for SSR and others.

As reported previously, NCB stated that she purportedly supplied drugs to Shraddha Kapoor and hence she is being summoned tomorrow once again.

Meanwhile, Jaya Saha is once again called in for questioning today. Reportedly, SSR’s talent manager also shared that she spoke with the late actor, last, on June 5. Apart from NCB Jaya was grilled by Enforcement Directorate (ED) in the money laundering angle.

However, NCB is yet to summon celebrities who are supposedly involved in Bollywood’s drug nexus.