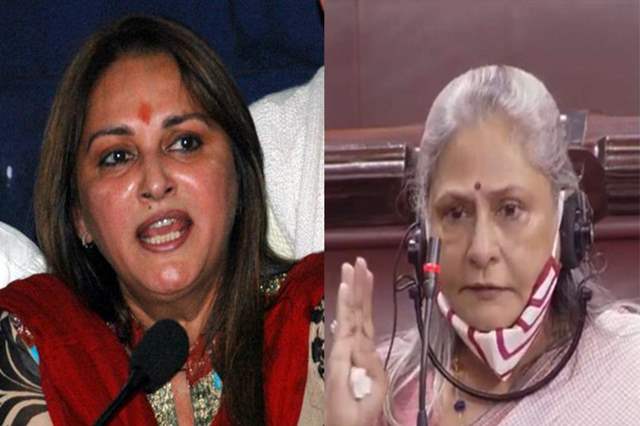 The speech that actor Jaya Bachchan recently gave in the Rajya Sabha where she talked about how the entertainment industry has been consistently and wrongfully attacked and maligned in multiple scenarios. She even talked about 'some people' from within the industry willing to defame it calling it as 'jis thaali mein khaaya, usi mein chedd karna.' Her speech and comments have been hugely been received well by the industry insiders themlsves but have also received a rather mixed response on social media in general. One such actor and politician who isn't just against it but launched a counter-question to is actor Jaya Prada.

According to Prada, Bachchan has used a very objectionable way of speaking and she also expressed her displeasure by questioning her that when leader Azam Khan made a 'disputed' speech against her during the Lok Sabha elections, where was she (Bachchan) and that time she chose to remain calm. She (Prada) further stated that several other people supported her when Khan used substandard language against her but Bachchan that time was calm about it. She also expressed her anger against Bachchan for not using a word of support against Kangana Ranaut.