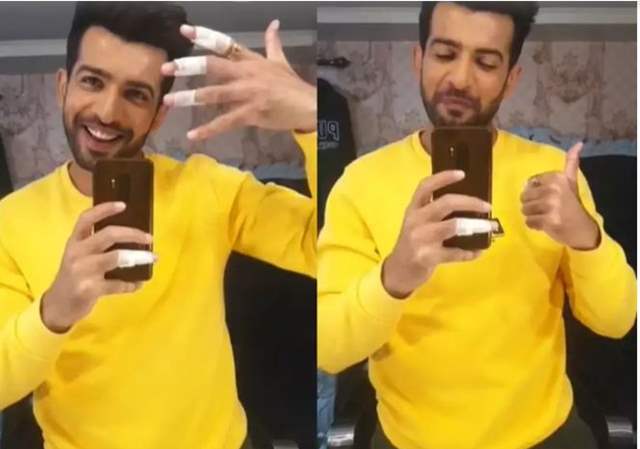 The actor recently injured himself while shooting for a stunt. He took to his Instagram to share a video of himself showing his bandaged fingers. He captioned it as, "Injured while shooting for #khatrokekhiladimadeinindia but all set for one more stunt #reels #reelitfeelit @colorstv WISH ME LUCK".

Jay had to quit season 7 because of an injury and he revealed that he is giving himself another chance by doing this season.

Celebrities Rithvik Dhanjani, Harsh Limbachiyaa, Rashami Desai, Nia Sharma, Jasmine Bhasin, Aly Goni and Karan Wahi have been roped in for the season that is being shot in Mumbai entirely.

My emotional memory helps me shape my character in Anupamaa: ...
54 minutes ago

Barun Sobti says his transformation for Halahal was 'a bit ...
56 minutes ago