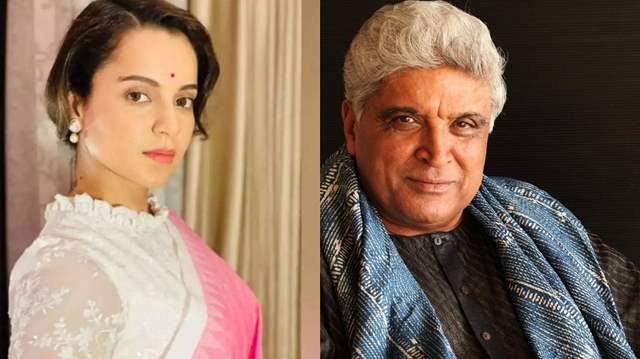 Kangana Ranaut is one of the Bollywood actresses, who somehow manages to land herself in legal soups more often than not. The actress is quite vocal when it comes to giving out her opinions and this makes her the topic of discussion and drags her into controversies. Javed Akhtar had filed a defamation case against Kangana Ranaut back in June 2020.

Kangana Ranaut allegedly claimed in an interview that Javed Akhtar belonged to the Bollywood "suicide gang" that encouraged "outsiders" like her to take their own lives after Sushant Singh Rajput's untimely death in June 2020. Soon after, Javed Akhtar complained to the Magistrate court over Kangana's slander.

Recently, Kangana Ranaut requested a waiver so she wouldn't have to show up for the Andheri Magistrate Court hearing on Javed Akhtar's petition against her.

After that, Akhtar's attorney, Jay Bharadwaj, requested that a non-bailable warrant be issued against the Bollywood actress for repeatedly failing to show up for court. But the actress's attorney, Rizwan Siddiquee, appeared on her behalf and reportedly said that she would be in court on July 4. Now, the case will be heard at 4 p.m. on the said date.

Kangana reportedly also requested that no media would be present when the Magistrate took her statement. The court will only hear Kangana's fresh extortion complaint against Akhtar once Ranaut arrives in person and makes her statement.

Meanwhile, on the professional front, Kangana Ranaut was last seen in the film Dhaakad which couldn't perform at the box office. While Kangana was lauded for her performance, the film failed terribly. She is currently ramping up for her political drama 'Emergency'.

+ 14
1 months ago She does not want media when she is giving her statement…lol, I wonder why 🙄. She craves attention so much