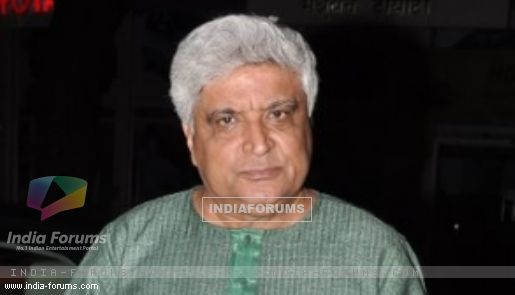 It was on this day 50 years ago that Javed Akhtar had stepped foot in Mumbai from Gwalior to pursue his creative dreams.

Speaking of the experience, Javed said: "It is always a pleasure to be part of any campaign for a better nation. And Narendra Modiji's 'Swachch Bharat Abhiyan' was definitely a wonderful idea. I happily supported it."

Pointing out at a significant personal historical link of his past to the clean-India campaign, he said: "It was 50 years ago on Oct 4, 1964 that I left my hometown Gwalior to reach Mumbai by a train that took me to Mumbai Central. And now, just two days short of the day, I had arrived in Mumbai 50 years ago I was the same place as part of a clean-Indian campaign."

He feels the turnout could have been better in support of the clean India campaign.

"We talk of a clean Indian, corruption-free India. But we can't even keep the road in front of our homes clean. We say, 'Let the government do it.' Why must the government be expected to do everything? Don't we as responsible citizens have a responsibility towards society?"

He feels it's time to take matters into our own hands.

"It's time we realised that we are the government. No on else is going to do it for us. We see big shiny malls with dirt and filth right outside it. We only talk about change. But we don't want to do anything to bring a change," he said.

Born to Jan Nisar Akhtar, an Urdu poet and a Bollywood lyricist and Safia Akhtar, a teacher and writer, Javed's tryst with the world of words was as though predestined.

The 69-year-old got his first break in "Yakeen" (1969), and since then, he has been credited with a slew of songs, scripts and poems, which have been highly appreciated.

In his personal life, the creative expert had first married Honey Irani, a scriptwriter for Hindi films. With her, he has two kids - actor-filmmaker Farhan and Zoya, who is a filmmaker.

After ending his marriage with Honey, Javed married actress Shabana Azmi in 1984.

Javed's first collection of Urdu poetry, "Tarkash" came out in 1995.

His work and contribution to the literary was lauded with the Padma Shri in 1999 and the Padma Bhushan in 2007.