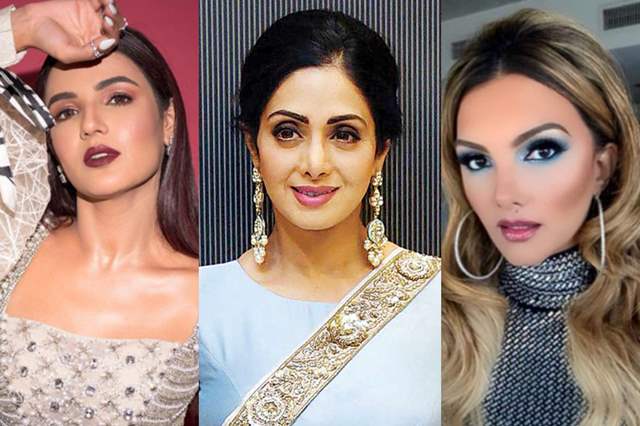 She wooed the audience with her childlike innocence and her powerful acting skills since the day she stepped into the industry. From working as a child artist to playing a mentally challenged, a simple housewife, and a fierce mom, Sridevi proved her versatility as a performer in her career spanning over five decades. No wonder she was called "India's First Female Superstar". The news of her death in 2018 had sent shockwaves across the country. On her third death anniversary on February 24, Somy Ali and Jasmin Bhasin remembered the late actress by talking about their favourite movie of hers.

Somy Ali, former Bollywood actress, who currently runs an NGO No More Tears, which helps victims of domestic violence: My favourite film of Sridevi was 'Sadma' because I don’t think anyone could have portrayed the role or have done justice to it the way she did. Hindi cinema lost one of the most phenomenal actors that they could have ever had. It’s very heartbreaking and sad to see someone leave the film industry and for us to lose such a huge talent who was so young super talented and beautiful. She will be forever missed and remembered in all of our hearts. I cannot emphasize how wonderful a person and how wonderful an actor she was. From 'Chandni; to 'Sadma' to many other films of hers, every role she portrayed she gave her hundred percent and was phenomenal.  I remember talking to Chintu Ji (Rishi Kapoor) and he said she was like magic. He said when the camera turned off she was a different human being, very reserved, very conservative, but the minute the camera went on and the director said 'action' she was like electricity. He told me he has never seen someone so much alive in front of the camera than Sridevi. I met her when I went to say hello to Saroj Ji. She was shooting with Anil Kapoor for 'Lamhe' and was doing a song. Saroj Ji introduced me and I found her very reserved, very elegant, and full of grace. She said namaste and very sweetly asked 'how are you?'. I was completely in awe as she was very kind, very polite, and very humble.

Jasmin Bhasin, who was seen in "Bigg Boss 14", and is known for her performances in shows like "Tashan-e-Ishq", "Dil Se Dil Tak", and "Naagin: Bhagya Ka Zehreela Khel": There are so many beautiful performances that Sridevi gave that it's difficult to name two. But my favourite films would be 'Sadma', "Chalbaaz and 'Mom'. I think she was very young when she played a young woman who regresses to childhood as a result of retrograde amnesia and she played it with such perfection. What I loved most about her acting was that she made the character look so real, it was as though the character was tailor-made for her.  I also love the dances of Sridevi. She was a complete package.I watched "Mom" again recently, and it left me in awe of her. Though I thought that the story was not that great, her brilliant performance compensated for the missings. She was fierce and strong, and I loved her performance in it.

Sridevi breathed her last on February 24, 2018, in Dubai, where she was attending a family wedding.