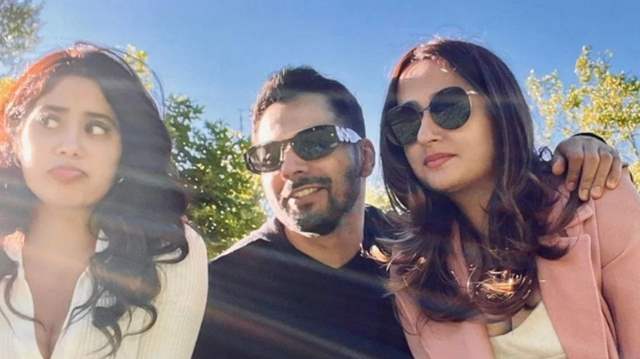 Since the past few days, Varun Dhawan nd Janhvi Kapoor's bawal pictures have taken over the social media and have been causing waves. The duo was in Amsterdam for filming the first schedule of the movie.

While many pictures have already sent the fans into a frenzy, a new picture from Amsterdam made its way on the internet today. In the picture we can see Varun Dhawan joined by hi wife Natasha Dalal as well as Janhvi Kapoor.

The Roohi actress seems to making a dramatic sad face in the picture as she ended up being a third wheel between the couple. All three of them are supposedly sitting in a park while being captured in their candid moods. 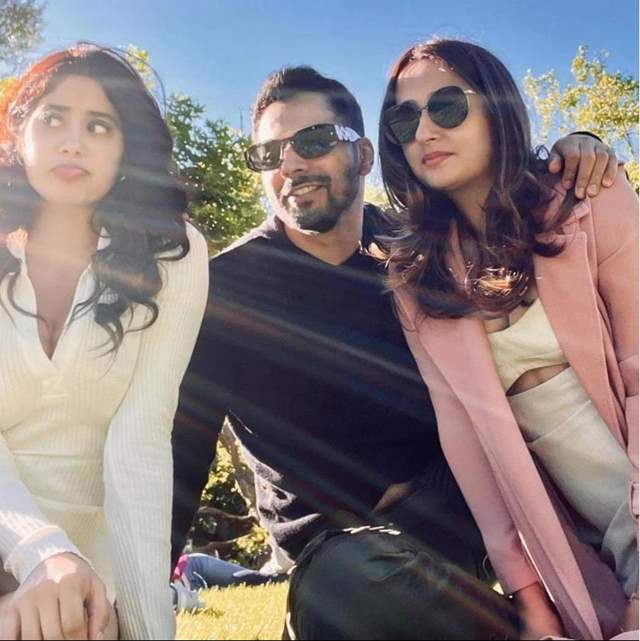 Yesterday, both Janhvi and Varun took to their social media handles and shared a similar picture in coordinated attire. With the picture, they made an announcement that they have wrapped up the first schedule of the film Bawaal. The caption of their picture read, ""Having a #Bawaal time in Amsterdam. Amsterdam sched wrap, Poland are you ready for us? #niteshtiwari #sajidnadiadwala"

On the professional front, Varun Dhawan was last seen in the family drama JugJugg Jeeyo. The film starring Kiara Advani, Neetu Singh, and Anil Kapoor in pivotal roles apart from Varun was released on 24th June and garnered rave reviews from critics and audiences alike.

Apart from that Varun will also be a part of the film Bhediya alongside Kriti Sanon and will be portrayed in a never-before-seen avatar. He also has Raj and Dk's Hindi adaptation of Citadel with Samantha Ruth Prabhu.

Janhvi Kapoor on the other hand has been going out and about promoting her upcoming digital film Good Luck Jerry which will premiere on Disney Hotstar on the 29th of July.

+ 8
4 months ago well it looks like varun has some promising project coming up. i hope they arent all rom-coms

+ 3
4 months ago what kind of stupid headline is this reporter posting..how can she be cute, if she is posing in the couple pic..it just seems to be a candid pic, which here article is making diff meaning only