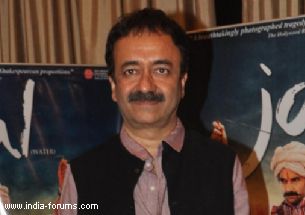 "When Bickram and I decided to turn music directors, it was very clear that though there were many films from which we could choose from, what we would only associate with would be a film with a strong script and which has music as an integral part," Sonu said in a statement.

"When it came to 'Jal', the choice was thus natural! Not just were we both really moved by the concept and planned scale of the film, but also with Girish Malik's vision and passion for the film.

"It also was the right platform to introduce the new sounds and music design that both Bickram and I were very excited about," he added.

The film's music is inspired by the Rann of Kutch, where the film was shot. The music directors have fused local Kutchi folk music with classical and soft rock elements, in addition to Bickram's percussions.

The film, which stars Purab Kohli, Kirti Kulhari and Tannishtha Chatterjee, will hit the silver screen on April 4.

Saga Music has been signed on as the film's music partner and it will be digitally distributed by Unisys InfoSolutions.

Rakul Preet Singh confesses to being a part of drug chats ...
12 minutes ago