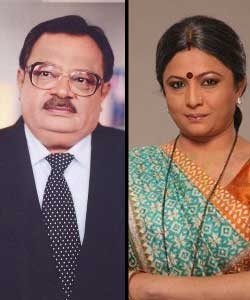 Tellybuzz was the first to report about Star One turning bilingual with a Gujrati band in place soon. We have as well reported about Jamnadas Majethia and Jai Mehta coming up with their shows on the channel after its makeover.

A source reveals further developments on Jai Mehta's show. "Jai Productions is coming with a youth based show on the channel. The team has completed their pilot shoot with various new comers and veteran Gujarati actors last month. The show might probably start its shoot from mid July."

Talking about the show, a source informs, "The story is roughly based on the youth and their journey towards their aspiring goals."

We too hear that Rupa Divetia (Fame Zee TV's Shree), Sharad Vyas last seen in SAB TV's Papad Pol in a cameo role, Rajul Diwan a Gujarati theatre actor and a few fresh faces have been finalized to essay very important roles in the show.

We contacted Sharad Vyas who refused to comment on the same.

Jahapana6packs 9 years ago o basically the new shows that star shit wants instead f DMG are:
Main Laxmi Teri Angan
Jode Rahejo Raj
but plz tell me one thing is this gujrati channel or what?????
and after this much of hardwork by getting such a shows on the channel where show lyk DMG( BEST SHOW IN THE WORLD) was shown they definitely deserve and award. rite????
so the ''BAND KARO AWARD'' for 2012 is definitely bagged by STARDESH frm 2011 only
BETTER GET DMG 3 WITH KSG!!

esheena 9 years ago plzzz dont end GEET for some stupid saas bahu shows otherwise no one will watch ur chanel like we hat star plus , zee n colors N IF U DO U'LL BE REALLY STUPID

sptrno 9 years ago Please Starone do not end our Geet hui sabe parayi, Our MAANEET and us MAANEETIANS...Starone is unique bcuz of its USP youth-oriented shows...GHSP is a perfect show it has youth flavour, romance, comic element and also deals with sensitive social issues... GHSP is the best show ever and forever actually now it is not just a show but has bcum lives of all MAANEETIANS...
GHSP has given us MAANEET-the most divine sacred dreamy magical adorable sweet beautiful lovely musical fairytale royal romantic passionate breathtaking unique couple...MAANEET r a perfect couple a couple made in heaven best couple ever and ever...MAANEET's journey is the most heart-touching and soul-touching journey truly an eternal saga which has taken all MAANEETIANS to MAANEET paradise since the first time MAANEET have come into our lives as angel sunshine fragrance and rainbow and changed us our lives forever... i truly and deeply love, respect, admire and worship MAANEET to infinity and even beyond... Drashti and Gurmeet Queen and King of expressions r doing full justice to MAANEET's characters and have made MAANEET so real for us...GC and DD Our MAANEET have won best Jodi award bcuz they r the bestest of the best so they truly deserve the best!!!
GHSP and MAANEET r the best!!!... GHSP, MAANEET AND MAANEETIANS Rock!
Love,
Spandana
(A True GHSP and MAANEET' lover, admirer and worshipper)
(Proud to be a MAANEETIAN)

raghav07 9 years ago watching starone only nd only for maneet

Budtameez 9 years ago Star One wants to move away from Youth shows to Saas-Bahu 'runofthemill' shows to cash in on the housewives/retired folks market because that's where the advertising revenue is...

tulip132 9 years ago Star one we need GHSP . we luv 2 see Drashti in other show as well.