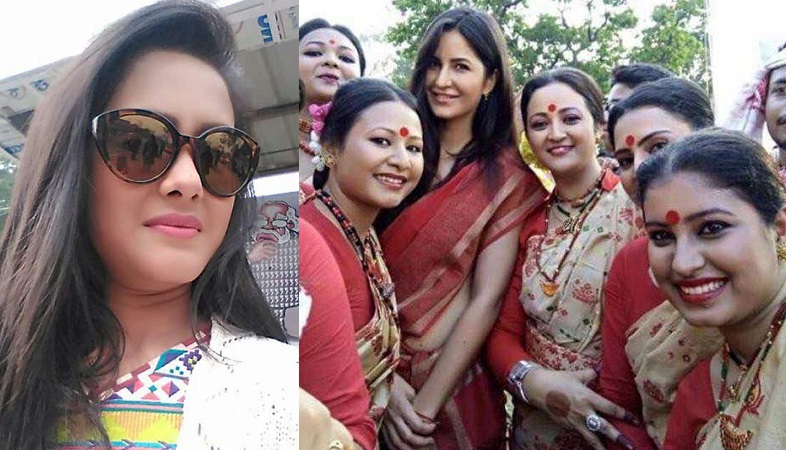 In a shocking incident, Assamese actress Bidisha Bezbaruah, who was last seen in Ranbir Kapoor- Katrina Kaif starrer "Jagga Jasoos" committed suicide.
Reportedly, she hanged herself in her flat in Gurugram apartment sector 43. A police complaint against her husband Nisheet Jha, has been filed by her family members.
In the complaint, they have accused her husband of mental harassment and stated that their daughter was unhappy with her marriage. They have also revealed that Nisheet was having an extra marital affair, following which Bidisha wanted to divorce him.
In the complaint, they have also mentioned that Bidisha was suffering emotionally and was also harassed by her in-laws.
When Bidisha broke the news about Nisheet's affair to the family, Bidisha's father called up Nisheet, who was then residing in Mumbai, to return to her. Post Nisheet hung up the phone on her, Bidisha switched off her phone and took her life by hanging herself.
The police have registered the complaint and are investigating the matter. They have booked Bidisha's husband under Section 306 abetment of suicide and have asked him to co-operate during the investigation.
0 Likes

Annasabu 3 years ago If there are problems in marriage try to solve it, if nothing results positive ,select your own way and live independently. Suicide is not a solution, in fact it is submitting defeat.Women are powerful and a failed marriage is not the end of life. Women, be courageous.

ARJUNKIAPS 3 years ago its really sad if educated people starts acting like this then what about those who were denied education,why take this extreme steps,now what about her daughter ,its really shameful that even having strict laws its always still a male dominated society,if a girl wants to fight for her rights then the neighbours,relatives,call the name calling term her as a si*t and what not but men can go and sleep around,her inlaws a and nishant should be given the maximum punishment

EVEN PRATUSYA BANERJEE'S CASE WAS ALSO THE SAME 1 APRIL 2016 STILL ITS LINGERS IN MY HEART,I HOPE SHE TOO GETS THE JUSTICE

NazmaJ 3 years ago What a sad situation.
Why is her husband being booked if she commit suicide? I understand he may have been cheating and she wasn't happy but I didn't realise that you could be arrested for it.