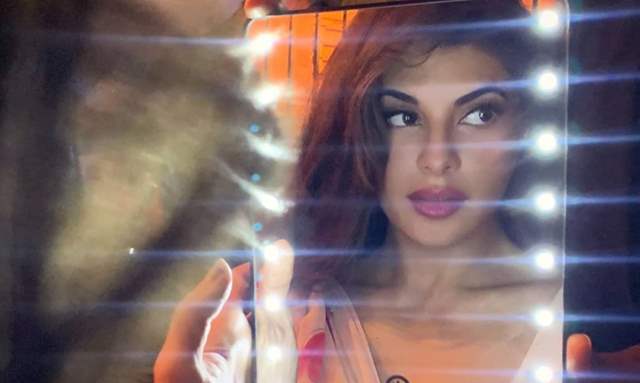 Jacqueline Fernandez is probably the most avid user of social media in the whole of Bollywood. The actress keeps her daily life in check and has her fans updated about her day.

Really savy with social media Jacqueline had also shared how the next few months will be hectic jumping from one set of a film to another. The actress today took to her social media to share a picture from the sets, saying, "Action! #womensstories #setlife??"

Looking as breathtaking as ever with the killer eyes on the lit-up mirror, Jacqueline rules over social media once again. With updates almost every day for her fans, she makes it a point to share insights of her personal as well as professional life on social media.

The actress has garnered such a fan following by interacting with fans and building a genuine connection with them. The diva leads a happy life and takes the busiest storms with a smile on her face.

The actress is riding high with back to back song releases and announcements of upcoming movies like Kick 2 opposite Salman Khan, Cirkus alongside Ranveer Singh and Bhoot Police along with Saif Ali Khan and Arjun Kapoor. She is co-hosting for a podcast along with foreign celebrity Amanda Cerny. Also, recently joined hands in partnership with Action Against Hunger Foundation.