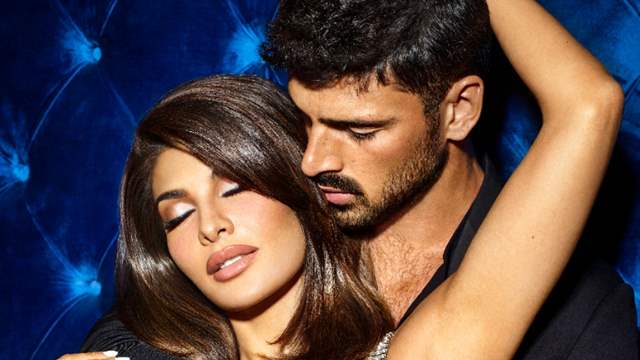 The lively track is sung by Tony Kakkar and Neha Kakkar. Both Michele and Jacqueline set the internet on fire with social media pictures of their electrifying chemistry in a photoshoot that preceded the song's shoot.

Taking to social media, the actress shared the first look of what is going to be Morrone's Indian debut. Jacqueline and Michele have collaborated with Desi Music Factory and the song's first teaser will be out on 8th February.

"Breaking The Hot News: First look of my upcoming Music Video with the international sensation #MicheleMorrone Welcome to the Indian music scene! It’s gettin’ hot in Here! @r_g_works' latest song #MudMudKe Teaser out on the 8th of February. Stay tuned."

The Bhoot Police actress elaborated on working with Michele and said,

“It's wonderful to be welcoming Michele Morrone to India with Mud Mud Ke. While the nation's musical identity is changing and the world is getting smaller, it is fitting to have Michele join us. Kudos to Desi Music Factory for stirring things up in the music scene with this unique collaboration.”

Michele Morrone, too, is equally joyous. He said,

"I'm grateful for such a heartfelt welcome. I'm aware that the music of India has a wide reach and it defines the nation's heritage. It is truly an honour to be part of the music industry that has entertained listeners across the globe."

The '365 Days' star took to his Instagram handle to announce the big news and also shared the first poster of the song.

The song is the label’s first international collaboration. The song's teaser releases on Feb 8, and the music video will release on February 12.